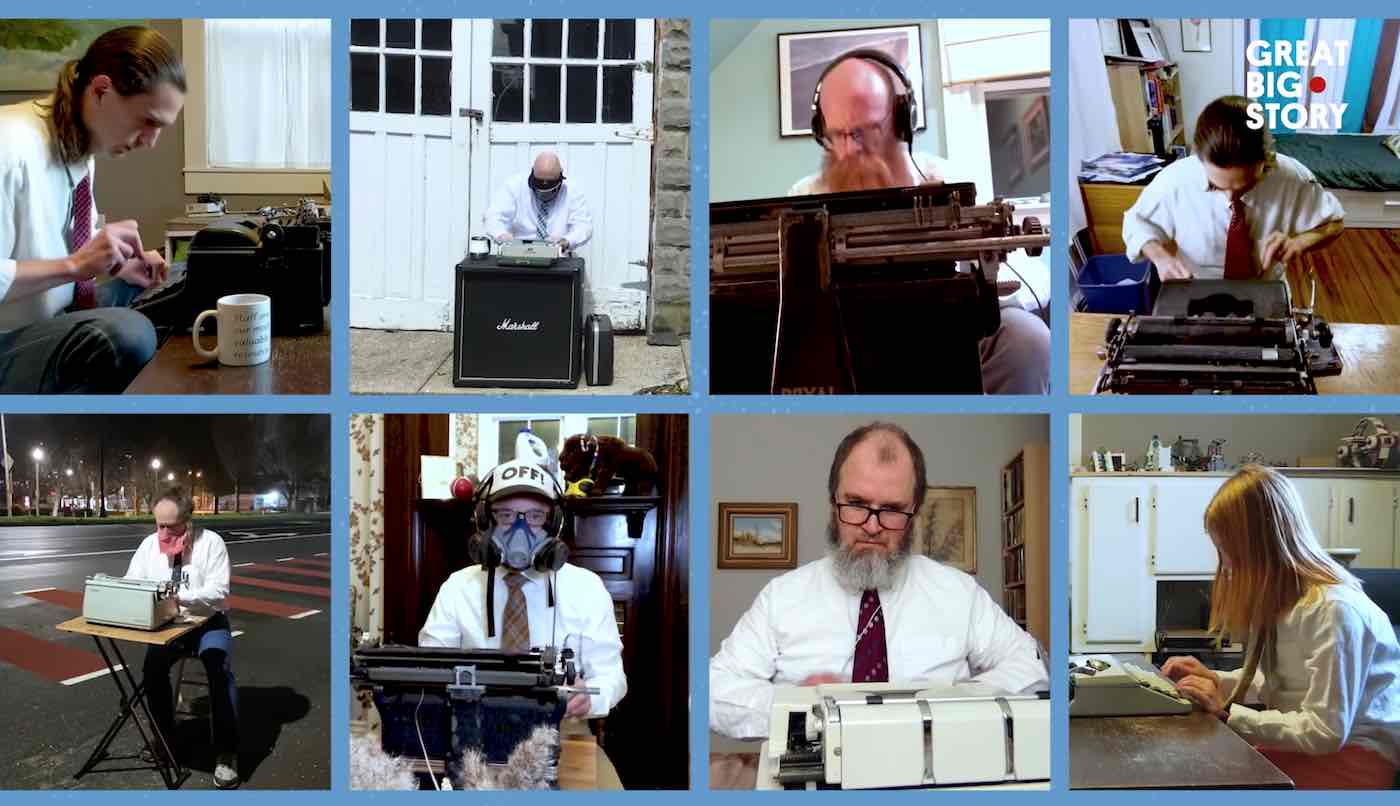 Some orchestras have string sections; others have brass—but this particular orchestra is famous for only using typewriters.

For the last 16 years, the Boston Typewriter Orchestra has been delighting audiences across New England by performing original songs and covers composed exclusively for the mechanical clicks, kerchunks, and dings of typewriters.

Although a few of the members have musical backgrounds, many of them have only ever performed with their trusty typewriters.

Since the COVID-19 outbreaks have canceled the world’s concerts until further notice, the Boston Typewriter Orchestra has not been able to play for the public for several months.

However, the orchestra recently reunited over a video call so they could perform a new song called “Unprisoning Your Think R.H.I.N.O.” from the safety of self-isolation.