On this day 235 years ago, the French-American artist and birdwatcher, John James Audubon was born. As an ornithologist, he documented all types of American birds in great detail and illustrated them in their natural habitats. At age 35 he dedicated the rest of his life to illustrate every single bird in the United States. His iconic color-plate book, The Birds of America, with its 436 life-sized paintings, is still considered one of the finest ornithological works ever completed. He also discovered and named 25 new species of birds.

In Pennsylvania, after his father helped him emigrate at age 17 from France, he began conducting the first known bird-banding on the continent: he tied yarn to the legs of eastern phoebes and determined that they returned to the same nesting spots year after year. WATCH a video about his amazing works… (1785) 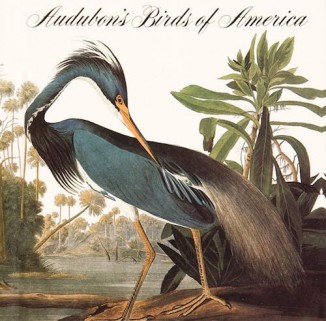 After moving to Kentucky, Audubon improved his painting techniques, and began traveling to other states trying to illustrate a bird a day. He then took his growing collection of work to England to be engraved, and was met with great success at age 41. He raised enough money ($115,640) to publish the monumental work, created from his 14 years of field studies. It contained hand-water-colored life-size prints on 39 x 26 inch pages, and included six now-extinct birds. There are about 115 sets still in existence today—including one at auction in the video, which likely sold for more than $8 million.

Audubon died in 1851 and is buried in the graveyard at the Church of the Intercession in the Trinity Church Cemetery at 155th Street and Broadway in Manhattan, near his family home.

Happy 87th Birthday to Carol Burnett, who for 11 years beginning in the 60 hosted her iconic weekly television variety series, The Carol Burnett Show. 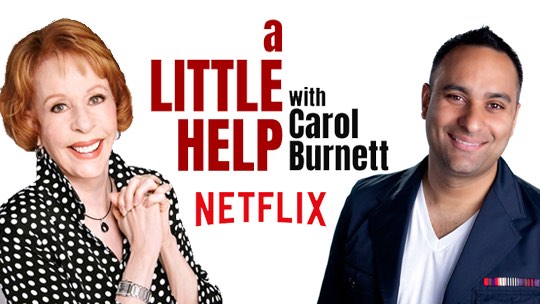 Her 2016 autobiography described hosting one of the funniest weekly variety shows on television: In Such Good Company: Eleven Years of Laughter, Mayhem, and Fun in the Sandbox. She returned to television in 2018 with a Netflix show, A Little Help with Carol Burnett. The unscripted series featured the legendary comedian asking little kids to give advice to fans and celebrities like Derek Hough, Lisa Kudrow, and Wanda Sykes. (1933)

And, on this day in 121 AD, Marcus Aurelius was born. The Emperor of Rome (161-180), he was known as much for his philosophical writing as for his reign. 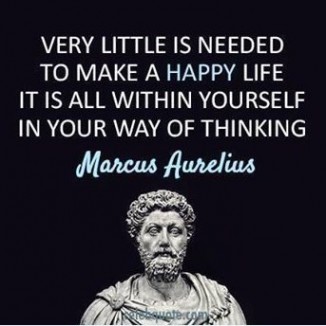 He didn’t believe a society should be divided by class or engage in slavery. He believed all men were equal and that the government’s purpose was to serve the people. He wrote, “Men exist for the sake of one another.” He was a faithful husband and father. He studied the Stoic Greek philosophers who believed in detaching yourself from everything that is outside of your power to control. He compiled a handbook, entitled Meditations, that advises how to live one’s life, which is also revered as a literary monument to a government of service and duty. Some of his famous quotes:

Never let the future disturb you. You will meet it, if you have to, with the same weapons of reason which today arm you against the present; Remember that neither the future nor the past pains thee, but only the present; The things you think about determine the quality of your mind. Your soul takes on the color of your thoughts; Look within. Within is the fountain of the good, and it will ever bubble up, if thou wilt ever dig.  (Get the Book on Amazon) 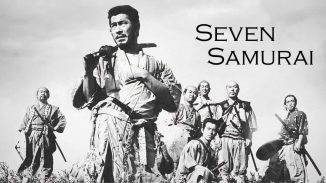 Also on this day in 1954, Seven Samurai was released in theaters, the epic cinematic masterpiece co-written, directed, and edited by Akira Kurosawa. A technical and creative marvel, it became Japan’s highest-grossing movie but also was highly influential among Hollywood filmmakers like Martin Scorsese and George Lucas. The story, set in 1586 Japan, centers around a village of farmers that hires seven samurai to combat the bandits who plan to return after the harvest and steal their crops. Seven Samurai was recently voted the greatest foreign-language film of all time in BBC’s poll of film critics from 43 countries.

A black and white film that runs three hours and 27 minutes long with subtitles isn’t normally the type of film enjoyed by average consumers, but with Akira Kurosawa’s engaging characters (especially the actor, Toshiro Mifune) along with the emotional film sequences, it really can grip even the most amateur of film fans. It is one of the most remade, reworked, and referenced movies in history. For instance, the Hollywood Western The Magnificent Seven was based on this Japanese classic. WATCH the trailer and a review.