On this day 20 years ago, the sport of geocaching began. The worldwide hide-and-seek game involves containers hidden, but logged with GPS coordinates on the internet.

A typical cache is a small waterproof container with a logbook (and pencil). The geocacher enters the date they found it and signs it with their established code name. After signing the log, the cache must be placed back where the person found it. Larger containers also include items for trading, usually toys or interesting items of little financial value. Dave Ulmer (above) hid the first geocache, and the plaque in Beavercreek, Oregon commemorated the start. (2000)

On this day on 1937, Gone with the Wind, a novel by Margaret Mitchell, won the Pulitzer Prize for Fiction. 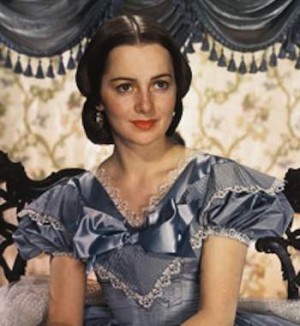 The only novel published by the journalist, it’s a story set in the American Civil War depicting the struggles of young Scarlett O’Hara, the spoiled daughter of a rich plantation owner, who must use any means to claw her way out of poverty after the destruction of Atlanta. As of 2014, a poll of Americans found it to be the second favorite book, just behind the Bible. More than 30 million copies have been printed worldwide—and it also won the National Book Award the year it was published, 1936. 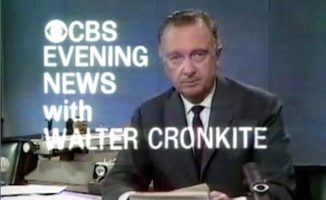 Also on this day in 1948, the first broadcast of the “CBS Evening News” aired—the longest running network news show in U.S. history. It originally ran as a 15-minute broadcast each weeknight anchored by Douglas Edwards, and it was the first scheduled network TV news program to use an on-camera anchor. 14 years later, reporter Walter Cronkite took the helm of the news desk where he stayed for nearly two decades. WATCH Cronkite’s reaction to man landing on the moon…

Also, on this day in 1919, American folk singer and musician activist Pete Seeger was born. He had a string of hit records during the early 1950s as a member of the Weavers and was a prolific songwriter who co-wrote classics like Where Have All the Flowers Gone?, Turn! Turn! Turn!, and If I Had a Hammer. In the 1960s, his voice was a fixture at protest rallies concerning disarmament and the environment—and he popularized the spiritual We Shall Overcome as an anthem for the Civil Rights Movement. In fact, he changed the lyric from the traditional “We will overcome” to the more singable “We shall overcome”. Check out centennial events around North America, new unreleased tracks on CD, and WATCH a tribute from after his death in 2014 at the age of 94…