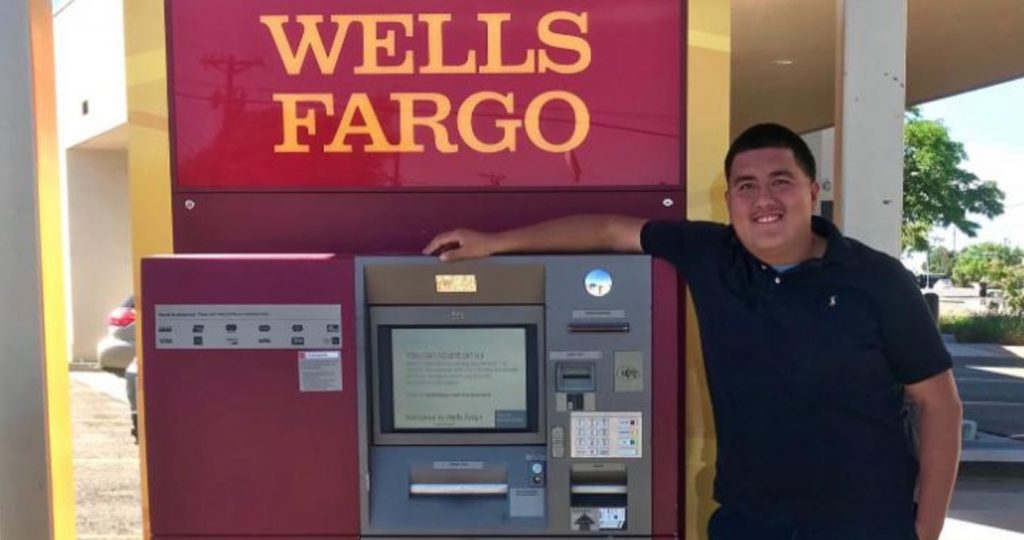 A trip to a bank’s ATM machine is usually a mundane affair, but for Jose Nuñez Romaniz, his visit on Sunday is one that he will remember for the rest of his life.

The 19-year-old was helping his grandfather buy a pair of socks online when he noticed his account balance was low. So he drove to the nearest Wells Fargo to his home in Albuquerque to make a deposit. Little did he know, he was about to make an incredible discovery.

When he arrived to make his deposit, Jose noticed a clear plastic bag on the ground filled with cash. It turned out to be $135,000 worth of $50 and $20 bills.

“When I first saw it, I kind of stared at it for a few seconds, not knowing what to do,” Jose told the New York Times. “I was very shocked. I’ve never seen so much money.”

Crazy thoughts raced through his head. Was someone going to kidnap him? Was this some kind of practical joke? After taking a moment to collect himself, Jose did what he knew was the right thing: he called the police. They soon discovered that the money had accidentally been left behind by a worker tasked with refilling the ATM.

“This money could have made an incredible amount of difference in his life if he went down the other path, but he chose the integrity path and did the right thing,” Office Simon Drobik, a spokesman for the Albuquerque police told CNN.

Officer Drobik later told the Times “I’ve seen a lot of stuff in 21 years, but this was unique and refreshing for the department and city,”

Police think it is the biggest amount of money ever found—and returned—in Albuquerque history.

Jose’s childhood dream has been to work in law enforcement himself, as a crime scene investigator and currently studies criminal justice at Central New Mexico Community College. On Tuesday, he received an unexpected call from Officer Drobik, asking him what it was like to be considered a ‘hero’ in his community—and even though Jose said he didn’t feel like a hero, the mayor and police chief held a ceremony to honor him, anyway.

Mayor Tim Keller praised the young man’s honesty in returning every penny of the money, saying, “Man, we all know that temptation. Even just to take a little, just one of those bundles off the top. I mean that had to be really hard.”

Local businesses have showered Jose with rewards. He has received gift cards from local restaurants, sports gear, and season tickets for University of New Mexico football courtesy of ESPN radio. He was also given a $500 scholarship from an electric company.

And, perhaps best of all, the police chief invited Jose to apply for a job as a public service aid for the department.

It was also the best gift for Mother’s Day. “She called me and almost started crying… She told me I did the right thing and that she was proud of me.”

(WATCH the local news coverage of the ceremony…)

SHARE the Story of Honesty to Inspire Others on Social Media…