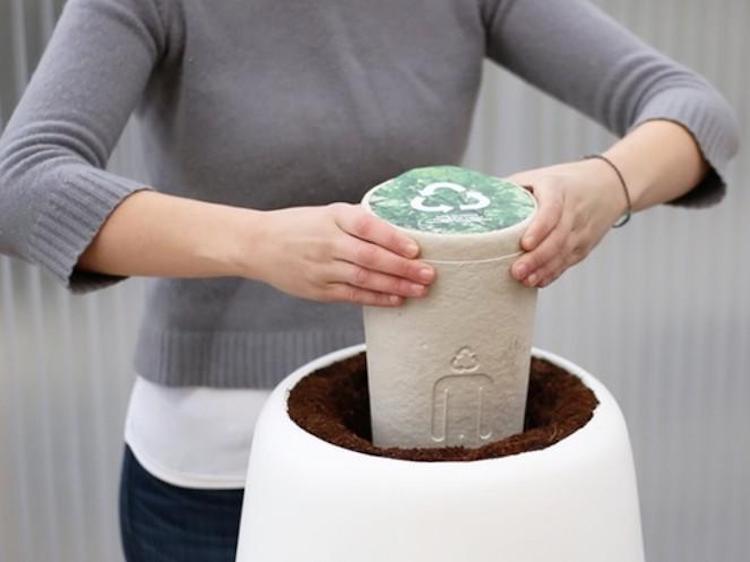 Since the world’s cemeteries are quickly running out of grave space, Canada has just opened up the world’s first “Bios Park”: a patch of land devoted exclusively to fostering forests of trees grown from the remains of loved ones.

For the last 23 years, green funerary company Bios has been coming up with new ways to help people mourn their loved ones without using traditional burial methods that are notoriously expensive and harmful for the environment.

More specifically, the organization is responsible for creating the “Bios Urn”, a biodegradable urn containing a tree-planting mixture that can be combined with the cremated remains of a beloved family member or pet. Once planted in the ground, the urn blossoms into a tree that can support the planet while also serving as a living memorial for the deceased.

RELATED: The First State in the U.S. Approves Human Composting; Local ’Green Reaper‘ Has Your Guide to Eco-Friendly Burials

“The tree grows from the ashes, the urn biodegrades leaving absolutely no trace, and death becomes a transformation and return to life through nature,” reads the Bios website. “On an individual level, it’s very therapeutic in a time of immense grief. On a global level, we are taking collective responsibility for much-needed planetary restoration. We are talking thousands, if not millions, of trees planted every year.”

Since developing the Bios Urn two decades ago, the company has shipped their urns and planters to more than 50 countries around the world for about $140 a pop.

Last month, Bios announced the launch of their first “Bios Park” green space for grieving individuals and families to plant the urns.

The newly-opened “Boisé de Vie” Bios Park—which translates to “Wood of Life” in English—is being opened as an extension of the Granby Catholic Cemetery in Granby, Québec, although the cemetery is open to people of all religions.

“We decided what choice of trees to offer families after checking with the city about the regulations on accepted native tree species and with the help of a gardener from our local garden center,” reads the Bios website. “We have chosen hardy species which do not require much care and maintenance and which also grow well in our area.”

Bios says they now hope that the trailblazing burial space will be just the first of many new Bios Parks to launch during the coming months.