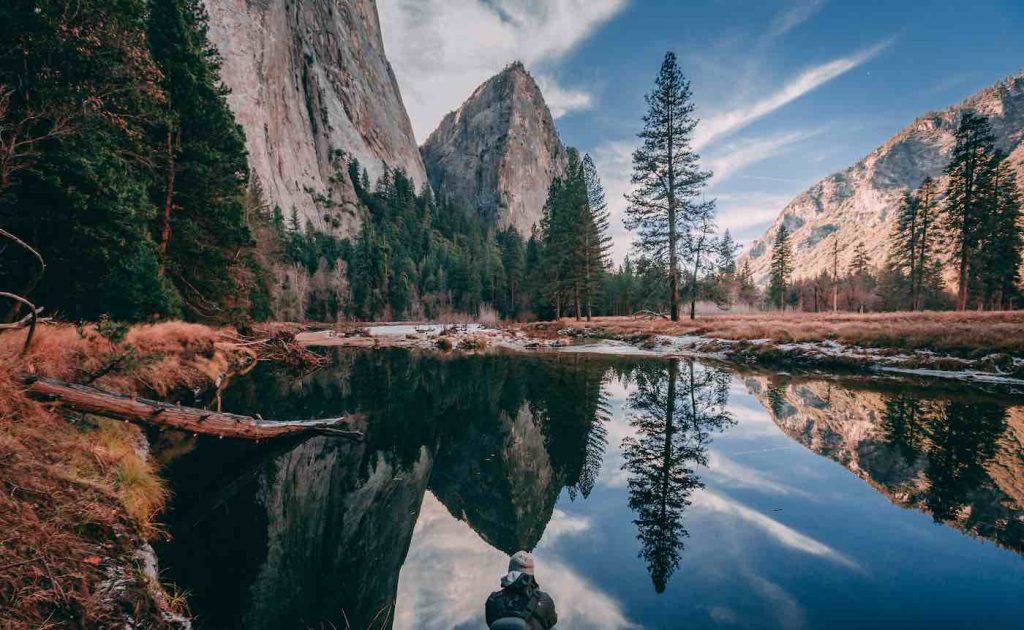 In a rare moment of bipartisanship on Capitol Hill, Democrats and Republicans in the Senate voted 73-25 to pass the Great American Outdoors Act, a funding bill that one lawmaker called the “single greatest conservation achievement in generations.”

The Outdoors Act creates a fund into which not less than 50% of all revenues made from energy production on public lands—from oil and gas drilling and renewables—to be dedicated to finally funding over $20 billion worth of delayed maintenance projects in America’s national parks and public lands.

70% of the fund’s contents will go to the National Parks Service for projects in America’s national parks, encompassing over 400 places of historic, recreational, and scientific importance, from the Grand Canyon and Yellowstone to the Appomattox Courthouse and Statue of Liberty. Another 15% will go to the Forest Service, for maintenance on public lands, while 5% will be given to the Bureau of Indian Education, the Bureau of Land Management, and the Fish and Wildlife Service respectively.

The delaying of repairs and maintenance on things like roads, bridges, restrooms, campgrounds, and visitor centers has been mounting for years. The new legislation would also permanently authorize the Land and Water Conservation Fund (LWCF) to continue its work as the single-most successful conduit of public lands funding, which was reauthorized temporarily last year with the passage of the Natural Resources Management Act.

If passed by the US House of Representatives, the new law would reauthorize the Conservation Fund to the tune of $900 million every year.

The LWCF, like the Great American Outdoors Act funding, uses a portion of all monies made from fuel and mineral extraction on public lands, and offshore energy production, for the purpose of conserving public land and water.

RELATED: River Running Through Zion National Park Will Be Protected Forever Thanks to the Nature Conservancy

Together, the two pieces of legislation should clear the entire backlog of maintenance projects in America’s national parks and other public lands over the next ten years.

“Senate passage of the Great American Outdoors Act (GAOA) is a remarkable achievement in advancing historic bipartisan legislation for our national parks,” said Will Shafroth, President and CEO of the National Park Foundation.

“I’m proud to have worked closely with my colleagues on both sides of the aisle to pass this historic conservation bill,” said Sen. Cory Gardner (D – CO). “Full and permanent funding for the LWCF is critical so our land management agencies can continue their legacy of conservation and growing opportunities for outdoor recreation. Addressing the daunting deferred maintenance needs in our national parks is long overdue and will ensure all of our public land management agencies can operate fully to maintain and protect the public lands we all cherish”.

POPULAR: After Unanimous Approval in Congress, Animal Cruelty is Now Officially a US Felony

Sen. Gardner was a strong contributor to the bill’s passage on June 17, as was Sen. Mark Warner (D-VA), and Joe Manchin (D-WV). All the lawmakers pointed out that tens of thousands of jobs would be created to address the maintenance backlog.

“Once this bill is signed into law, more than 10,000 jobs would be created in Virginia alone, just by the work needed to restore and maintain Park Service sites,” said Warner in a press release. “I’m proud that the Senate finally passed this commonsense bipartisan solution, and now it’s up to the House to ensure we protect and preserve these irreplaceable resources for generations to come.”