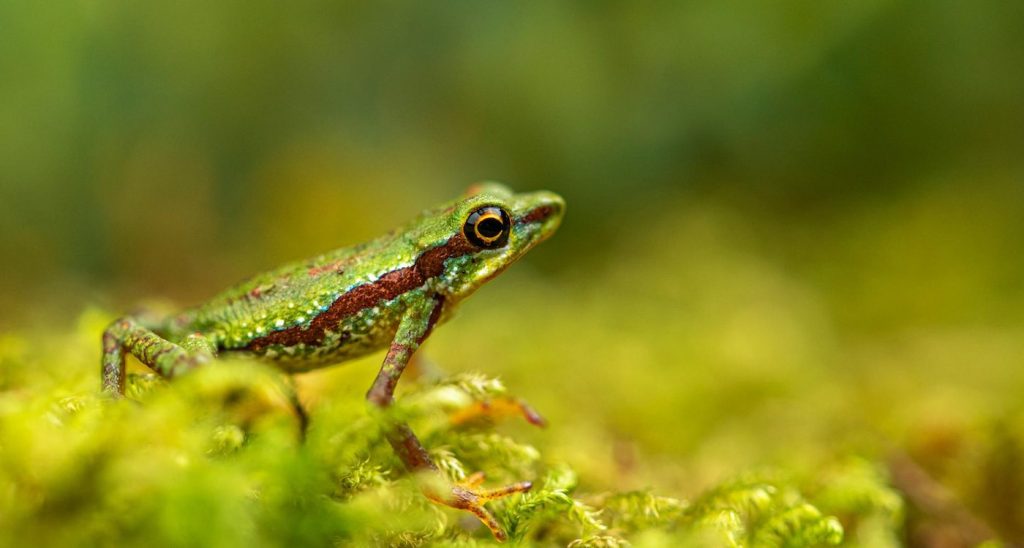 A researcher from New Brunswick has rediscovered a species of harlequin toad presumed extinct, and the details of the discovery offer hope not just for the species, but for the entire atelopus genus, which was nearly wiped out by the amphibian epidemic.

However Canadian herpetologist Melissa Costales’s sighting of the Mindo harlequin toad (atelopus mindoensis) in Ecuador could mean the epidemic of chytrid may be subsiding; evidence supporting an already established and hopeful hypothesis.

“The fact that it has reappeared after 30 years is possibly because they have become resistant to [chytrid],” Costales, who recently published a study on the discovery in the journal Herpetological Notes, told Nat Geo.

13 of the 25 species of harlequin toads in Ecuador, the second most populous country for the species, have gone unseen by scientists since the 1980s—the Mindo toad is one of them.

RELATED: Conservationists Swoop in to Save Last of Known Endangered Frog Species Just in the Nick of Time

Green with a web-like design on its back, the color of spilled-wine, the Mindo toad has a white-yellow belly and jet black eyes encircled with shimmering gold irises.

Back from the dead

The exciting discovery of the Mindo is also the ninth such reappearance of a harlequin toad species seemingly coming back the dead, so to speak, since 2003. Furthermore, since making the discovery last August, subsequent returns by her and her team to the Ecuadorian reserve (unnamed to protect the animals) yielded 5-times more toad sightings, including juvenile toads, suggesting they are reproducing.

Still further, chytrid is known to be present in the area, suggesting the toads had either evolved a defense against the chytrid spores, or simply gotten lucky and never came in contact with it.

Cori Richards-Zawacki, a herpetologist speaking with National Geographic on the matter, said Ms. Costales‘ discovery should signal biologists to exercise greater caution when declaring a species extinct or possibly extinct, as it can have conservation ramifications.

Costales and the Zoology Museum of the University San Francisco de Quito, Ecuador, have since started to put together a monitoring program for the Mindo harlequin toad, and in the future, Costales hopes to buy land in the reserve near where the healthy Mindo toad was found.

WATCH the toad in action…

HOP This Great Story Over to Your Friends on Social Media…