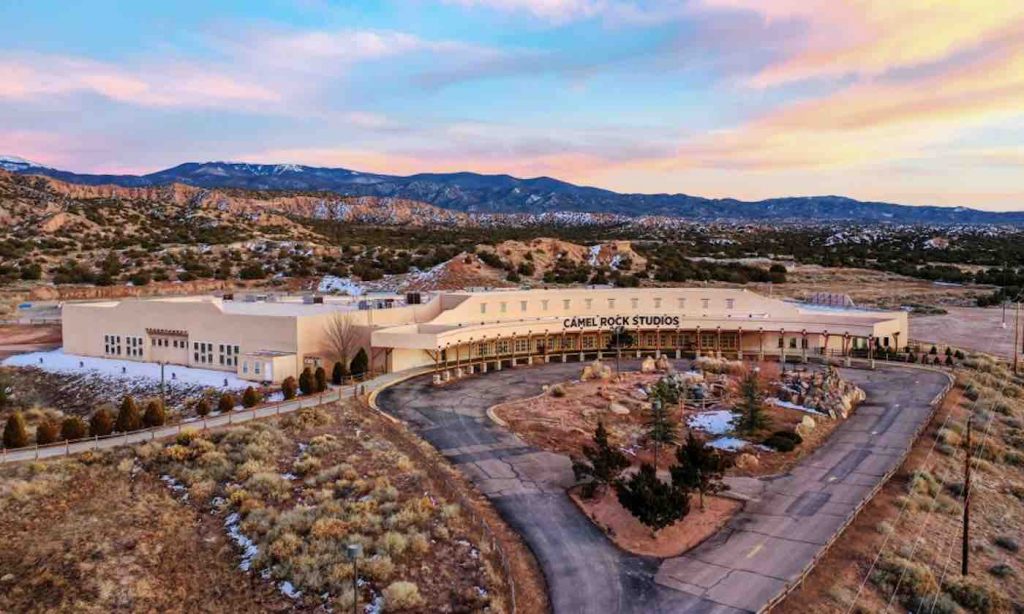 Many people would be familiar with the idea of Native American-owned casinos—but what about movie studios?

Last year, the Tesque Pueblo Tribe of New Mexico was looking to move out of their old casino building into a bigger space—and while in the process, they realized the 75,000-square-foot facility that they were leaving behind would make a perfect movie studio.

Thus was born the first ever Native American-owned production studio and location set in history: Camel Rock Studios—where the Tom Hanks post-Civil War drama News of the World was filmed

Located in the foothills of the Sangre de Cristo Mountains in northern New Mexico, the beautiful plot of Tesque Pueblo land has now been the backdrop for over 20 films that needed its rolling desert hills, including Cowboy and The Man from Laramie.

CHECK OUT: After Making History With New Film Studio, Tyler Perry to Build a Shelter for Disadvantaged Women and Children

The Pueblo of Tesuque Development Corporation has invested $50 million in expanding the facilities at Camel Rock Studios to include a movie ranch with standing sets, prop studios, a filming-equipped water tank, and 1,000 parking spots, which anyone who has been part of a movie production would agree is a huge plus.

“Casinos, inherently, if you take out all the games, are big empty spaces,” Timothy Brown president and CEO of the Pueblo of Tesuque Development Corporation told Variety. “So we had an events center that we did concerts in and large parties that was a big vacant space. Once we removed all the casino equipment and furniture from the casino area, that became another large vacant space, and then with any business we had an entire administrative area with cubicles and offices that became perfect for their offices to move in.”

RELATED: Finally, a Native Californian Tribe Has Land To Call Their Own

Along with Hollywood’s enduring love of western films, Camel Rock and the Tesque Pueblo Nation are looking to take advantage of a filming boom in New Mexico, with recent successes behind shows like Breaking Bad luring more projects to the area.

“You don’t realize it but this area looks like a lot of places in the world…especially the Middle-East, with the mountains and how rugged it is,” Brown added, explaining the Tribe’s thinking.

Netflix even made Albuquerque its U.S. production hub, purchasing Albuquerque Studios as part of a plan to spend $100 million in filming and production for original material in the state over the next 10 years.

MORE: One of Largest Native American Tribes Just Voted to End Their 100-Year Dependency on Coal

Pueblo of Tesuque Governor Robert Mora, Sr. said that he hopes the economic benefit from the studio will go toward much-needed healthcare projects for the Tribe, such as a universal coverage option.

“The other thing I’m hoping is that one of the big film companies will find a good home here so they’re not searching for locations. Here you have one-third of New Mexico to work with,” said Mora.