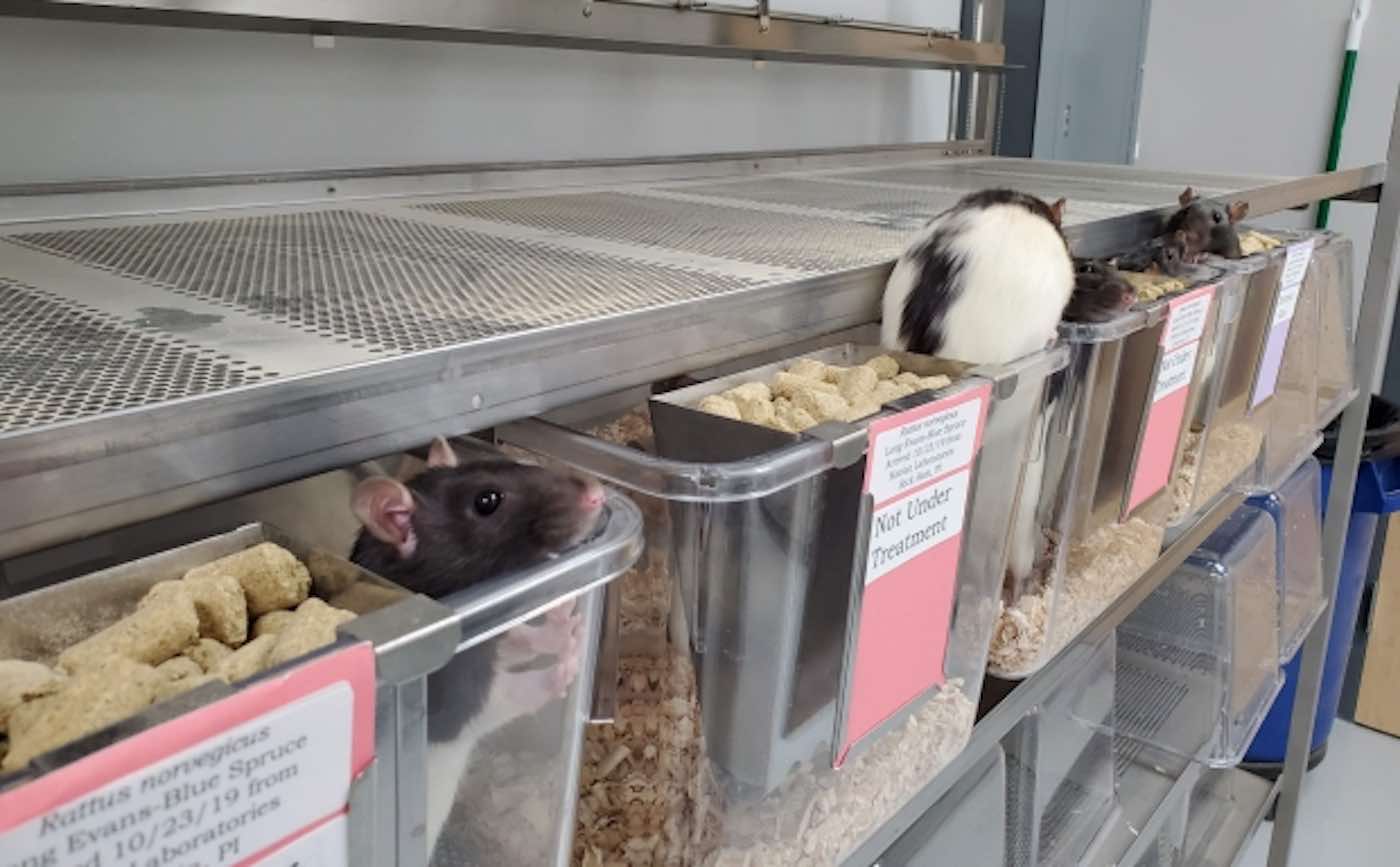 Dozens of lab rats have been given happy retirements thanks to a professor of physiology and biology in Wisconsin.

Dr. Richard Hein of the University of Wisconsin-Green Bay has been helping his lab rats find forever homes after his first and second-year students complete their introduction to anatomy courses.

Throughout the courses, students examine how things like exercise, music, and temperature affect the anatomy of the animals—and Hein told Wisconsin Public Radio that many students actually form bonds with their rats.

“That’s actually one of the things that I really think is a great outcome of using research animals,” Hein said. “The students that normally wouldn’t get exposure to care for animals really take on that responsibility.”

LOOK: Stray Cat With No Ears Finally Adopted After Shelter Worker Crochets Her a Pair of Purple Ones

In fact, Hein says that more than half of the students in his class wind up adopting their rats every year—animals which Hein say are very intelligent and intuitive of human emotions.

Biology major Stevie VanderBloomen, adopted three of the classroom rats after finishing her second year course with Professor Hein, saying that now his pet rats can do tricks, respond to their names, and actually clean themselves more than cats do.

“They’re very into human interaction and being able to have fun with you,” she told WPR.

The rats in the class of 2020 all arrived with white fur covered in black blotches like Holstein cows, and were a particularly friendly bunch. Amazingly, residents of Manitowoc, where the school campus is located, adopted every single one of the Holstein rats once school ended after the university publicized Prof. Hein’s adopt-a-rat program in their newsletter.

“It is that time of year again where I am running the adopt-a-rat program,” wrote Hein in the newsletter.  “The Anatomy and Physiology students have been working with laboratory rats over the year, and we have 11 females up for adoption that have been raised since they were a few weeks old. This year they are a particularly friendly and fun bunch.”

Ethical codes for use of rats and mice in laboratory experiments for the sake of science normally call for the animals to be treated humanely, but not for their adoption post-study.

“I think people in general really do care for animals and appreciate the fact that they do get adopted out,” Hein said.