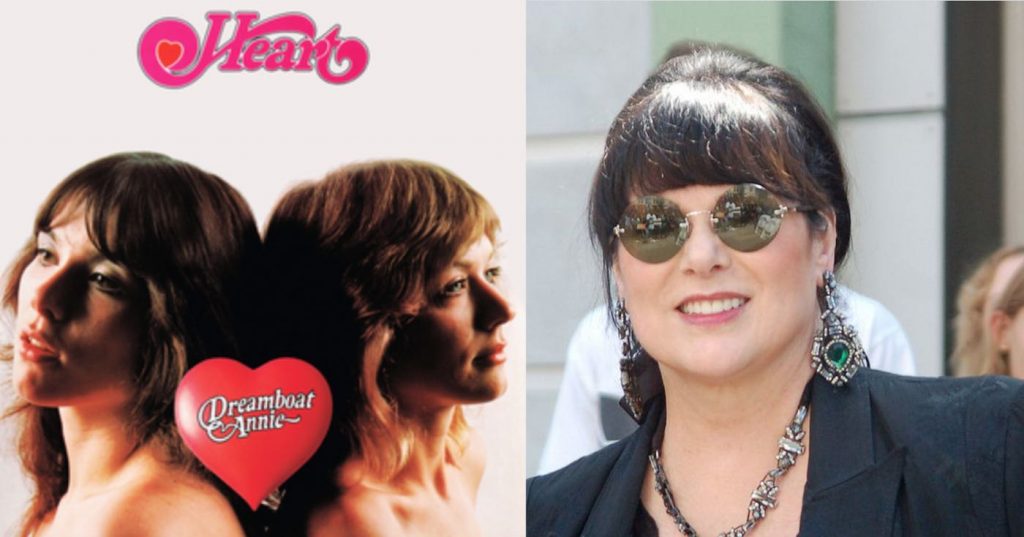 Born in San Diego to a concert pianist and choir-singing mother, and a former musician-singer who once led the U.S. Marine Corps band, Ann’s younger sister Nancy was also musical, and became Heart’s guitarist.

The powerful soprano and her sister became famous for songs like Crazy on You and Magic Man, from the band’s 1976 debut album, Dreamboat Annie. After several other top selling LPs, and hits like Barracuda, the band tallied worldwide sales of 35 million albums.

Ann continues to play music, launching a solo project in 2015 called The Ann Wilson Thing! and was set to open a tour this year on April 30th in New Jersey.

Heart returned to the road last summer after a three-year hiatus from performing, but Nancy told Ultimate Classic Rock she has a lot of song ideas in her head and thinks “new Heart material would be really great.” The duo is hoping to keep things moving forward in 2020 with new music. “The tour was really exciting after three years of not being out there.”

And, on this day in 1978, Garfield, first appeared as a comic strip. Created by Jim Davis, it chronicles the life of Garfield the cat, his owner Jon, and Odie the dog, with topics ranging from the orange tabby’s laziness and obsessive eating, Jon’s need for coffee, and disdain of Mondays and diets.

As of 2013, the strip was syndicated in roughly 2,580 newspapers, holding the Guinness World Record for being the world’s most widely syndicated comic strip and earning up to a billion dollars a year from merchandising, books, films, and television. WATCH a Garfield and Friends clip, “What Happened to my Lasagna?”

Also, on this day in 1954, another animated cartoon character,  The Tasmanian Devil voiced by Mel Blanc, first debuted in movie theaters.

In the Warner Bros. Looney Tunes short Devil May Hare, Taz meets Bugs Bunny who spends the day tricking the snorting, snarling beast with a bubble-gum chicken, a decoy deer, a giant slingshot, and finally a classified ad for a lady Devil he places in the Tasmanian Post-Dispatch.

Portrayed as a ferocious, but dim-witted carnivore with a short temper, Taz is also sweet at times. Spinning like a tornado, he eats anything in his path, but Taz does have one weakness: he can be calmed by music—and easily dealt with.

In 1991, Taz got his own show, Taz-Mania, which ran for four seasons and cast him as the main hero protagonist. WATCH the cartoon and learn how ‘Claude’ (which was later revealed as Taz’s first name) eventually became a hero…