Happy 40th birthday to actress Olivia Munn. Raised in Oklahoma, she earned a BA in Journalism, but left for Los Angeles to pursue acting—and in her late 20s she landed a role in Iron Man 2, during which Robert Downey, Jr. highly praised her improvisation skills. By age 30, she was a correspondent on The Daily Show with Jon Stewart. Soon afterward, she played news producer Sloan Sabbith, in Aaron Sorkin’s HBO drama series The Newsroom. Munn also appeared in the comedy films Magic Mike, and Ride Along 2.

And, Happy Birthday to Tom Cruise, who turns 58 today.

The actor and producer won awards for his roles in Born on the Fourth of July, Jerry Maguire, and Magnolia. His other well known films include Top Gun, Risky Business, Rain Man, Mission Impossible, The Last Samurai, The Firm, and A Few Good Men. Cruise grew up in near poverty with an abusive father until his parents separated. He planned to become a priest before choosing acting, a skill he began honing in fourth grade.  WATCH him act out his entire film career with the funny TV host James Corden… (1962)

And, on this day in 1996, England announced they would, at long last, return The Coronation Stone of Scone to Scotland after 700 years of intrigue, animosity, and thievery back-and-forth during British royal history.

In 1296, the stone, also known as the Stone of Destiny, was captured from Scone Abbey near Perth, Scotland by Edward I, as part of the spoils of war. It was taken to Westminster Abbey, where it was fitted into a wooden chair—known as King Edward’s Chair—atop which most subsequent English kings and queens were crowned.

On Christmas Day 1950, a group of four Scottish students removed the stone from Westminster Abbey, at the same time breaking it in two pieces, and brought it back to Scotland. Various officials and church leaders worked as custodians of the stone, repairing and guarding it, but when English police learned of its whereabouts, back to London it was taken. In a symbolic gesture of goodwill, it was given back to the Scottish people in 1996 for safe keeping, and transported to Edinburgh Castle where it resides alongside the crown jewels of Scotland. Learn more at Wikipedia…

And on this day in 1968, musicians David Crosby, Stephen Stills and Graham Nash played together for the very first time. In an impromptu gathering at Joni Mitchell’s house in Laurel Canyon, Los Angeles, Stills, a member of the Buffalo Springfield, performed his new song with Crosby (from The Byrds) joining in. Nash, who was in the Hollies at the time, improvised a third part harmony, which was so good that the three realized they had a special chemistry. The trio’s first album, Crosby, Stills & Nash, was released in May 1969 and became a major hit in the US with two hits, Suite: Judy Blue Eyes and Marrakesh Express. Three months later, having never performed together live, they played Woodstock.

Neil Young joined the band the following year, and the foursome put out their first album with Young in 1970 called, Déjà Vu. They also released the powerful anti-war anthem Ohio — about the shooting deaths of four students at Kent State University killed by the police — a single they recorded and released within a week of the incident. WATCH their appearance below…

And, on this day in 1819, the Bank for Savings in the City of New York opened its doors as the first savings bank in the United States to provide “a secure place of deposit for the earnings of laborers while offering the benefit of accumulated interest so they could make the most of their earnings”. The idea was first promoted by the spunky Philadelphian Thomas Eddy, who was the foremost insurance broker in the country and a member of many philanthropic societies. 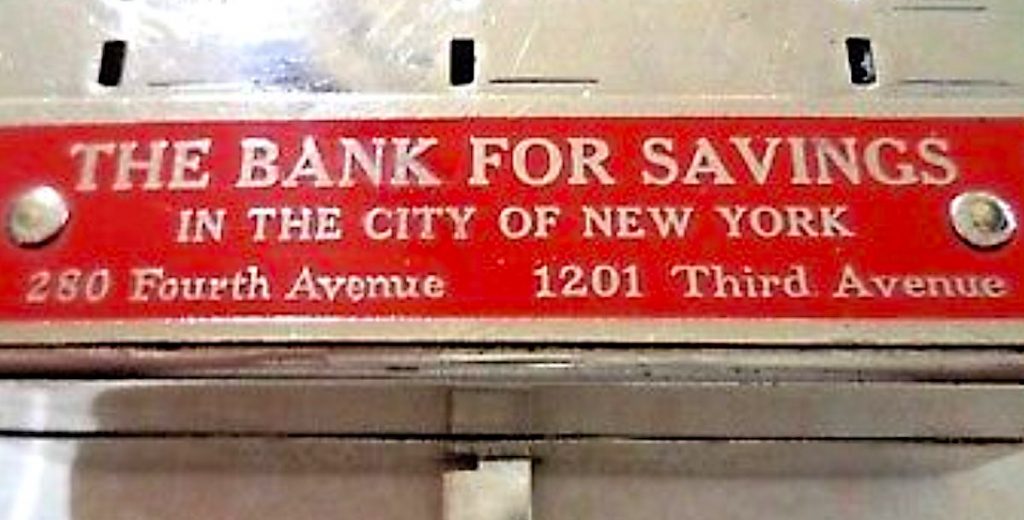 The state legislature, however, refused to grant his charter for a couple reasons— foremost “because the principles of a Savings Bank were not distinctly comprehended,” even though they had been thriving in England for some time. Also, 20 banks had failed in the U.S. since the War of 1812, so trust in such institutions was non-existent.

But Eddy and his cohorts were determined to “aid the poor in the matter of thrift” and three years later they finally succeeded in convincing state lawmakers of the bank’s worth, partly by conducting the same business under a different name, The Society for the Prevention of Pauperism. They sought to secure a new charter after their success had been proven, and the bank remained in business for 110 years.

– Read the full history (and other fascinating stories in early American history by Charles E. Knowles) courtesy of this Brooklyn Genealogy page