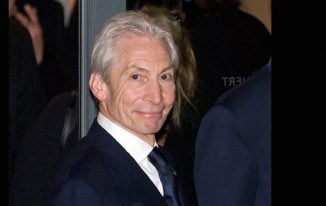 Happy 65 Birthday to comedian and screen writer Dana Carvey. The SNL alum from Montana brought to life Garth on Wayne’s World, and became renown for his impressions of George Bush, Al Pacino, Paul McCartney and many more. For his work as a cast member on Saturday Night Live from 1986 to 1993, he earned Emmy nominations five consecutive years, with a win the final year.

His breakout character was the smug and pious ‘Church Lady’, which Carvey said was based on a women he knew from church while growing up, who would keep track of other churchgoers’ attendance. WATCH him play Wheel of Impressions on the Tonight Show… (1955)

READ More Good News on this Day in History:

Happy Birthday to The Rolling Stones drummer Charlie Watts turns 79 years old today. Originally trained as a graphic artist, and self-taught on drums, he joined the band and doubled as designer of their record covers and tour-stages. An aficionado of jazz, he tours with his own group, the Charlie Watts Quintet, and appears at London’s prestigious jazz club Ronnie Scott’s. (1941)

And, on this day in 1944, composer Marvin Hamlisch, who is one of only two people to have ever won the Emmy, Grammy, Oscar and Tony awards, along with a Pulitzer Prize, was born.

The New York pianist wrote some of the best-loved and most enduring songs and scores in movie history, including the awarding winning songs The Way We Were, The Entertainer (from The Sting), and Nobody Does it Better (from The Spy Who Loved Me). Hamlisch was also the primary conductor for the Pittsburgh Pops from 1995 until his 2012 death.