Happy 50th Birthday to Tina Fey, American actress, comedian, writer, and producer best known for her 8-year stint on Saturday Night Live and for producing and starring in the critically acclaimed 30 Rock. Born in Upper Darby, Pennsylvania, she also co-created the Netflix series Unbreakable Kimmy Schmidt and has starred in many films. Her 2011 memoir, Bossypants, topped The New York Times Best Seller list for five weeks. In 2018, she created the musical adaptation of Mean Girls, a Broadway debut based on the cult classic film that Fey wrote, which earned her 12 Tony nominations—including Best Musical. LEARN about her huge birthday plans… (1970)

To celebrate the big 5-0, Tina said she “had such good plans” until the coronavirus squashed them.

“I was supposed to go to a spa in Arizona with Amy Poehler, Maya Rudolph, Rachel Dratch, Ana Gasteyer, Emily Spivey and Paula Pell,” she said in an interview from her home. Just the girls—no children and no spouses.

“It was going to be like the sequel to the movie ‘Wine Country,’ the 2019 Netflix movie starring Fey and her former SNL friends, about a group of women celebrating a 50th birthday with a drunken weekend. She still hopes to do as time and health concerns allow.

MORE Good News From This Day:

Also, on this day in 1933, in the midst of the Great Depression, U.S. President Franklin Roosevelt created the Tennessee Valley Authority to establish navigation, flood control, electricity generation and economic development in the Tennessee River Valley—one of the poorest regions in the country. The TVA, which covered parts of seven states, and produced such cheap power that it attracted many factories to the area, became a model for America’s efforts to help modernize agrarian societies in the developing world.

Happy 71st Birthday to one of rock’s most iconic and prolific keyboard players, Rick Wakeman. Best known for his three decades with the band Yes, he also played piano on Cat Stevens’ Morning Has Broken and David Bowie’s Space Oddity, Changes, Oh! You Pretty Things, and Life on Mars. In fact, Wakeman chose to join Yes over an offer to play with Bowie’s band—a tough decision, but in his first ever rehearsal with the new band he helped to lay the foundation for Roundabout. In 1972, Yes followed their Fragile LP with the highly-acclaimed Close to the Edge.

Born and raised in West London, Wakeman intended to be a concert pianist but quit his studies at the Royal College of Music in 1969 to become a session musician. He produced solo albums of various musical styles throughout his career—over 90, so far (including the 1974 UK No.1 album Journey To The Centre Of The Earth. His chosen musical piece to take to a desert island is Giuseppe Verdi’s Anvil Chorus. WATCH Roundabout performed live on their 1991 reunion tour… (1949)

And, Happy Birthday to baseball great Reggie Jackson, who turns 74 today. After a high school football spinal injury, doctors told Jackson that he might never walk again, but he defied the odds, joined the baseball team, and pitched several no-hitters while batting .550. 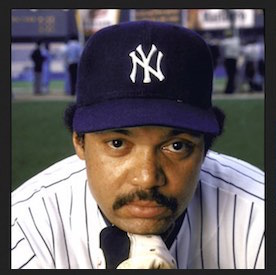 As a pro, Jackson was nicknamed “Mr. October” for his clutch hitting at times when it mattered most. In postseason play, he helped the Oakland Athletics win five consecutive AL West pennants, which earned them three World Series appearances, and two titles. He also helped the New York Yankees win four AL East pennants, and two consecutive World Series titles. Jackson famously hit three consecutive home runs—each on the first pitch—at Yankee Stadium in the clinching game 6 of the 1977 World Series. Both teams retired his jersey – #9 and #44 – to honor his 563 career home runs and 14 seasons as an All-Star.