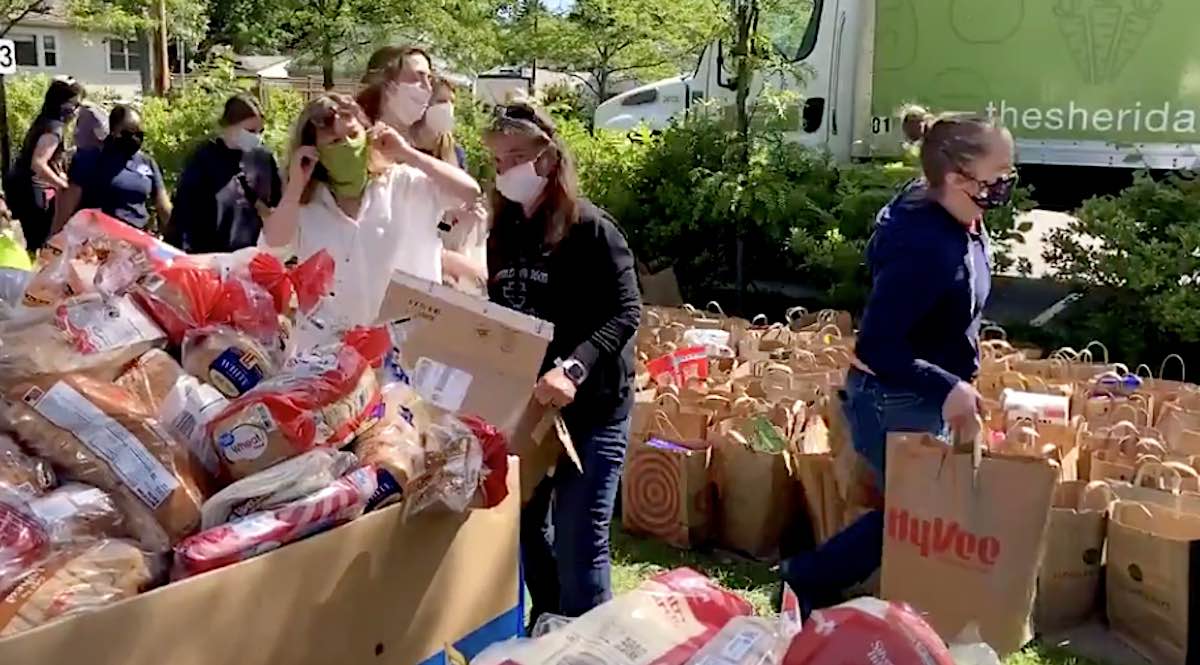 In an effort to help out a looted community, a Minneapolis middle school decided to hold a food drive. They expected a modest turnout, but what happened next was more than they could have imagined.

The thousands of donations were far beyond the 100 grocery bags the school had hoped to collect when they first published their appeal on social media—it was shared so widely that some of the donors even came from out of state.

“Donations covered every inch of ground of our parking lot, the grass, everywhere,” Sanford Middle School Principal Amy Nelson told CNN. “We had to also use a neighboring park because we didn’t have enough space here at the school to stack it up.”

The school community initially wanted to help its own families because they lived in neighborhoods where grocery stores have been closed due to damage from the protests.

“The line of cars bringing donations went for blocks and blocks in every direction from the school. And they just kept coming,” Nelson told CNN. “We still don’t know how much we received.”

When word spread of the amazing haul of food the school had taken in, hundreds of families visited the school seeking support.

This started at 10am. It’s hard to capture how much food has shown up to Sanford Middle School in one image. It’s astounding and I know this is happening at other places in the city too. pic.twitter.com/DZLmEIJzYR

Thanks to the generosity of so many, volunteers from the school are working with the food support nonprofit The Sheridan Story to get the donations out to those in need within the greater Minneapolis community.

Parents, students, and staff who hadn’t seen each other in months were among the many volunteers, and when asked what it all meant to her, Principal Nelson could barely contain her pride.

“First with the pandemic, just to see some of my students and parents, and then to see them come together to do such good, it was just so heartwarming in such a way.”

SPREAD the Love… SHARE the Inspiring Story on Social Media!