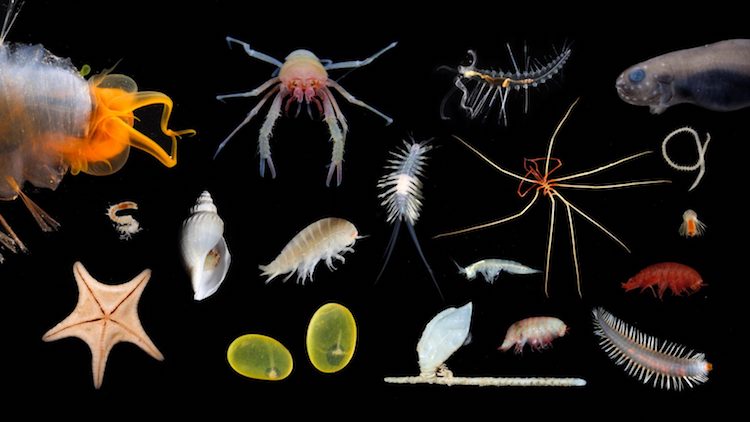 An estimated 150-foot siphonophore—seemingly the longest animal ever recorded—was discovered during a month-long scientific expedition exploring the submarine canyons near Perth, Australia.

Additionally, up to 30 new underwater species were found by researchers from the Western Australian Museum aboard Schmidt Ocean Institute’s research vessel Falkor.

The discovery of this massive gelatinous string siphonophore—a floating colony of tiny individual zooids that clone themselves thousands of times into specialized bodies that string together to work as a team—was just one of the unique finds among some of the deepest fish and marine invertebrates ever recorded for Western Australia.

RELATED: Scientists Discover a Complete Protein Found Nowhere on Earth That Fell From Space, May Hint at Planet’s Origin

Scientists from the Western Australian Museum, led by Chief Scientist Dr. Nerida Wilson, were joined by researchers from Curtin University, Geoscience Australia and Scripps Institution of Oceanography in exploring the Ningaloo Canyons in the Indian Ocean. Using an underwater robot, ROV SuBastian, they completed 20 dives at depths of up to 4,500 meters (14,700 feet) over 181 hours of exploration.

During the expedition, scientists collected the first giant hydroids in Australia, discovered large communities of glass sponges in Cape Range Canyon, and observed for the first time in Western Australia the bioluminescent Taning’s octopus squid, long-tailed sea cucumber, and a number of other molluscs, barnacle and squat lobster species. Some of the species collected will be exhibited at the Western Australian Museum.

The team also found the largest specimen of the giant siphonophore Apolemia ever recorded—video of which was posted on Schmidt Ocean Institute’s Twitter account.

“We suspected these deep sea areas would be diverse but we have been blown away by the significance of what we have seen,” Wilson said. Added Dr. Lisa Kirkendale, head of aquatic zoology at the Western Australian Museum and co-principal investigator, “These specimens represent so many extensions in depth and range records for so many species, and will form an important new part of WA Museum collections.”

The expedition is part of Schmidt Ocean Institute’s year-long initiative in Australia and the Pacific to conduct a number of science and engineering expeditions with teams of scientists and researchers from around the world. Using the underwater robot SuBastian, scientists for the first time are able to explore deep sea canyons and coral reefs around Australia that have never been seen before. The footage and samples collected from the oceans that surround Australia will have important implications for the sustainability and protection of these underwater ecosystems—and for similar habitats worldwide that are in peril because of rising ocean temperatures and other environmental threats.

Owned and operated by Schmidt Ocean Institute, a philanthropic nonprofit established by Eric and Wendy Schmidt in 2009, Falkor is the only year-round seagoing philanthropic research vessel in the world. The vessel is equipped with a state-of-the-art 4,500 meter-capable underwater robotic system, ROV SuBastian, that was used to visually explore and collect samples from critical deep ocean areas that had not been explored before.

“There is so much we don’t know about the deep sea, and there are countless species never before seen,” said Wendy Schmidt, co-founder of Schmidt Ocean Institute. “Our planet is deeply interconnected–what happens in the deep sea impacts life on land–and vice versa. This research is vital to advance our understanding of that connection–and the importance of protecting these fragile ecosystems. The Ningaloo Canyons are just one of many vast underwater wonders we are about to discover that can help us better understand our planet.”

CHECK OUT: Scientists Detect Tone Pattern in the Ringing of a Newborn Black Hole for the First Time, Proving Einstein Right Again

The science completed will allow the research team to formally describe many of the new species of animals that were found, develop ROV methodology for monitoring Marine Parks in Australia and screen deep water samples for environmental DNA in the Indian Ocean. The ROV SuBastian dives were livestreamed and are available in perpetuity on Schmidt Ocean Institute’s YouTube page, including video highlights, making the incredible diversity in the Ningaloo region available for the public to explore. The footage and specimens collected are important records within the Gascoyne Marine Park, serving as a permanent record of biodiversity in the canyons to build on in the future.

“Ongoing scientific exploration is vital to the effective management of our marine parks,” said Dr. James Findlay, director of Australia’s National Parks, who has been closely following the Falkor expedition, “and we are committed to partnering with other agencies to record and monitor these precious places.”

“You go out and are expecting certain things…all of a sudden you are taken sideways+in the moment of discovery-doing something you never expected and seeing something you’ve never seen. It is just magic.”