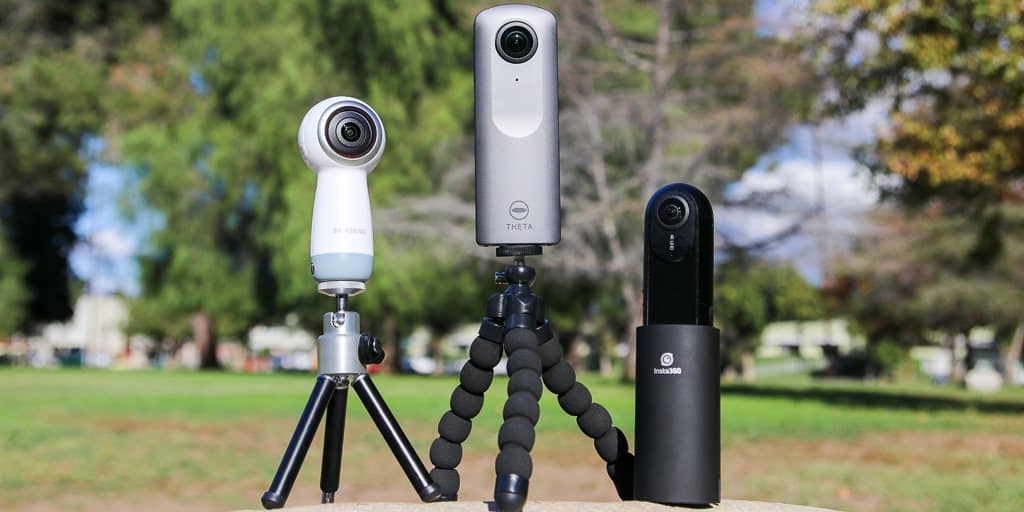 After placing in 50-plus hours of study over two upgrades, and many times of recent testing, we have found that the Ricoh Theta V, the newest version of our previous pick, is the best all-around 360 camera. It produces attractive 360-degree spherical pictures and 4K videos. The small camera is user friendly and has a good program for your phone.

The Theta V’s simple design belies the sophistication within, offering high-quality graphics and videos that seem more immersive and natural than those accepted by other models. Because most user 360 cameras utilize two back-to-back image detectors, the images taken has to be stitched together via applications; Ricoh’s software does a much better job of this than any other camera we analyzed. Results had less observable distortion, and seams were difficult to see–if you could find them whatsoever.

For iOS users, the Insta360 One is somewhat cheaper and provides several key features that the Theta V doesn’t, most notably stabilization. It’s even smaller than the Ricoh and comes with a handy case/stand. However, it works only with devices that have a Lightning connector and, lacking Wi-Fi, is somewhat more difficult to work with when not connected to a phone.

For Samsung users, the Gear 360 (2017) doesn’t offer quite the image quality of this Theta V, but it is much simpler to use, still has 4K video, provides a somewhat adorable layout, and is a lot more affordable. But you may use it to its full potential with just a restricted range of Samsung phones. IPhone owners, for example, are stuck with limited recording, editing, and sharing capabilities.

If you’re searching for something that you can take surfing, bikingpool, mountain biking, or otherwise action cam-y, the Garmin VIRB 360 is watertight to 33 feet (10 meters), has built-in stabilization, recordings 5.7K video, and has numerous cool editing attributes. It’s considerably more costly than our other picks, but offers much more for people who are looking for a 360 action camera.