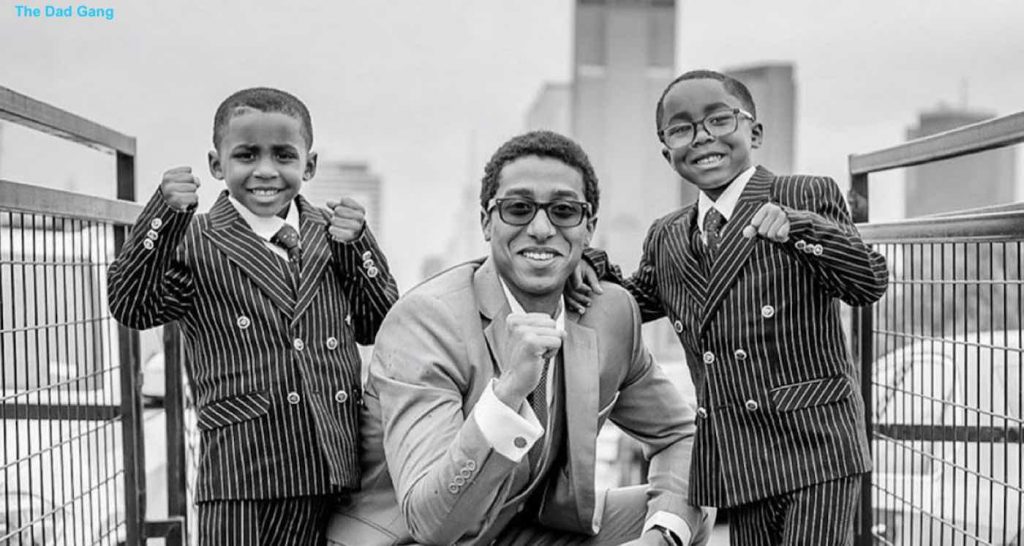 Four years ago, a woman approached a black father who was shopping at the grocery store with his kids. She commended him for “sticking around,” and doing right by his children. Now, he and his “Dad Gang” are marching in Washington D.C. in an effort to challenge such racial stereotypes.

Sean Williams says that moment in the grocery store—in a mostly-white Long Island neighborhood—was not unique, and many of his friends have experienced similar situations. The encounter led him to launch an organization of solidarity for Black dads with a mission to change the way people view Black fatherhood.

According to the CDC, African-American fathers who live with their children are more active than other groups in terms of changing diapers and bathing and dressing their kids. Sean wants these positive qualities of black fatherhood to become more well-known and more celebrated in the culture.

“The Dad Gang” has evolved into a community of socially-conscious allies whose motto, ‘We are dad goals,’ sums up the purpose of the group’s events: to enjoy their time together, while setting “the new standard of what black fatherhood looks like worldwide.”

Thanks to The Dad Gang, it was not just an ordinary Father’s Day weekend in the nation’s capital. Hundreds gathered with Sean and his group at the National Museum of African American History and Culture to celebrate their families and bust racial stereotypes.

WATCH: Man Who Grew Up Without a Dad Supports Youth With ‘Dad, How Do I?’ YouTube Channel

Sheila Roberts of Tampa, FL was in D.C. visiting her father. When she heard about the event at the museum, she couldn’t think of a better way to celebrate his big day.

“Black fathers don’t get the credit they deserve,” She told the Washington Post. “I’m here to dispel the myth and stereotype.”

The group also stood in solidarity with those protesting the death of George Floyd in recent weeks. Edward Smith, COO of The Dad Gang, told ABC that Floyd’s daughter, although she lost her father to racial injustice, she also “gained a million more” dads who cared about her.

POPULAR: When Black Man Was Afraid to Walk in His Upscale Community, 75 Neighbors Walked With Him

They might have been hearkening back to memories of the ‘Million Man March’ 25 years ago, when nearly a million Black men and family members came to the National Mall to pledge to be better fathers and lift up their communities.

The Dad Gang has positioned themselves at the next level of the national conversation. #DadGoals include inspiring people with photos and videos on social media, like on Instagram here, about the joy and reality of black fatherhood and family life. You can support their mission here.

WATCH a video from ABC…