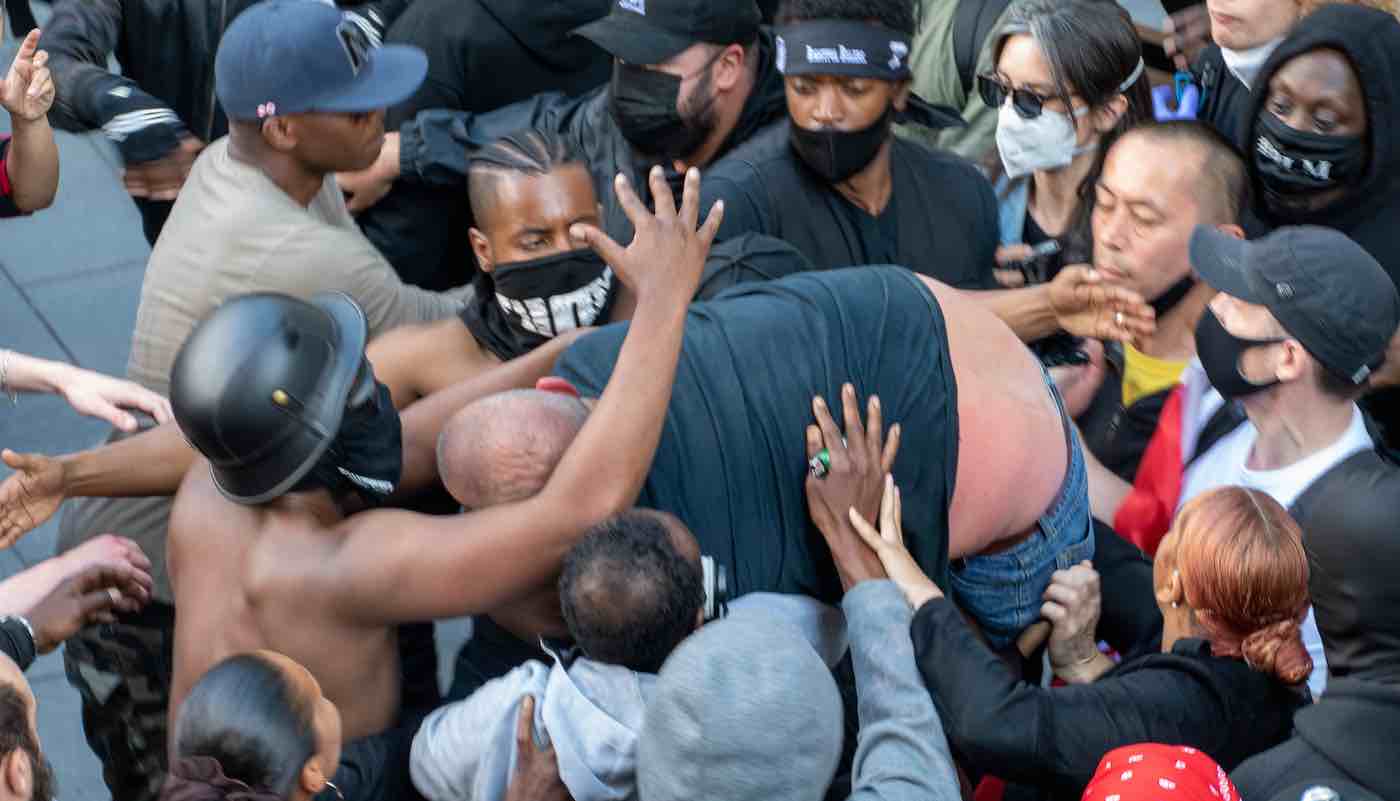 A Black Lives Matter protestor is being hailed as a hero after he came to the rescue of a counter-protestor who was injured at an anti-racism rally in London.

Patrick Hutchinson’s face has been featured on news outlets around the world since he was photographed carrying the far-right demonstrator to safety during the protest near Waterloo Bridge this weekend.

Hutchinson says that it had been the first anti-racism gathering that he had attended since the movement gained worldwide traction following the death of George Floyd. Although the event was meant to be a peaceful protest for police reform, fights broke out in London after counter-protestors gathered in opposition to the rally.

LOOK: In Dozens of American Cities, Officers and Protestors Embrace During Rallies Against Bad Policing

“It was pretty hectic,” Hutchinson told Bloomberg QuickTake in the interview below. “It was almost like a stampede. It was lots of people.”

After Hutchinson and his friends joined the rally, he witnessed the white demonstrator fall to the ground following a violent altercation between the protestors and counter-protestors. Since the man was surrounded by people, he was unable to get up from a fetal position.

“His life was under threat,” Hutchinson recalled. “I sort of just thought, ‘well, if he stays here, he’s not gonna make it.’”

As Hutchinson’s friends formed a protective ring around the injured man, Hutchinson hoisted him onto his shoulders and carried him away from the crowd.

Hutchinson then passed the injured man off to nearby police officers who thanked him for his courageous actions.

Since Hutchinson’s gesture was also captured by Reuters photographer Dylan Martinez, social media users and government figures from across the political spectrum have hailed him as a hero—but Hutchinson says he simply wanted to do the right thing.