Her second book of poems, the Pulitzer-winning Annie Allen, focused on the life of an inner city girl in the neighborhood where Brooks grew up. She said, “I lived in a small second-floor apartment at the corner, and I could look first on one side and then the other. There was my material.” 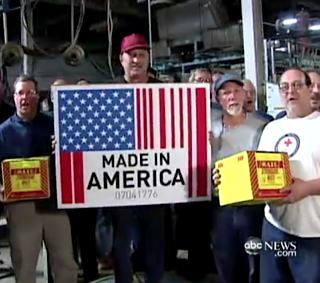 And, on this day in 1886, the first “May Day” was organized for labor unions around the world to demand better working conditions and world peace. Also known as International Workers’ Day, it celebrates the achievements of the international labor movement. An eight-hour workday was demanded by the Federation of Organized Trades and Labor Unions in the U.S. and elsewhere. Beginning May 1, it staged a general strike. Riots broke out, but they did eventually achieve the official sanction of the eight-hour day.

On this day in 1978, a Japanese adventurer did alone what had previously been achieved only with large teams—Naomi Uemura became the first man ever to reach the North Pole solo. He almost gave up twice. On the fourth day of his trek, a polar bear invaded his camp, ate his supplies, and poked his nose against the sleeping bag where Uemura lay tense and motionless.

Mr. Uemura, who was also the first man ever to raft the Amazon alone, said of his 57-day Arctic push, “What drove me to continue was the thought of countless people who had helped and supported me.” He also wrote adventure books for Japanese children and was known as a modest, gentle, self-effacing man who cared about others. He was also the first man ever to climb Denali solo, but disappeared on another attempt to climb that mountain in the winter. He was 43.

Happy Birthday to the uniquely whimsical film director and writer Wes Anderson, who celebrates 51 years today. Born in Houston, he befriended actor Owen Wilson while studying at the University of Texas, and Wilson went on to star in 8 of Wes’s motion pictures, while earning an Oscar nomination for Best Original Screenplay—for co-writing The Royal Tenenbaums with Wes, who was known for his witty dialogue. The Grand Budapest Hotel received nine Academy Award nominations in 2014 and won five—thanks to the invariably gorgeous production design, costumes, and original score.

He cast Jason Schwartzman as the lead in Rushmore when he was an unknown actor—and later in 6 more films, including The Darjeeling Limited and Moonrise Kingdom. Bill Murray has also appeared in each of these films—a total of 9, to date. Anderson has been nominated for 7 major Oscars himself, including Best Director and Best Picture for Budapest Hotel, and Best Animated Feature for Fantastic Mr. Fox—with George Clooney voicing the wily fox—and Isle of Dogs in 2018. WATCH the Top 5 Signs You’re Watching a Wes Anderson Movie… (1969)