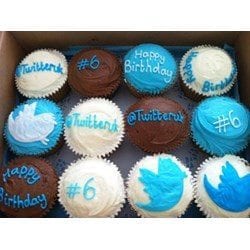 Are You Twittering? This Is More Than Chating With Friends And Families

The bursting of the dot-com bubble in the fall 2001 marked a turning point of the web. Businesses of all size really did not understand the true meaning of the internet. Many invested millions of dollars even billions with many crashing during the dot-com bubbles.

The internet has changed the way businesses are done and the way people interact with one another. The concept of web2.0 such as google adsense, blogging, wikipedia and social networking had made the world a smaller place to communicate. Giants social sites like myspace, facebook and of course twitter have forever changed how mankind meet and socialize.

Now let’s talk about twitter. Few years back the term twitter did not exist. Why is twitter so embraced by people from all walks of life? Well I think it is simple to use. It takes les than five minutes get a FREE account and only 140 characters to post to friends and co-workers. The free social networking and microblogging sites enable its users to send and read message known as tweets.

Text-base posts of up to 140 characters displayed on the author’s profile page and deliver to the author’s subscribers who are known as followers. Senders can restrict deliver to those in their circle of friends or by default, allow open access, users can send and receive tweets via the twitter website.

Since its creation in 2006 by Jack Dorsey, twitter has gained notability and popularity worldwide. It is sometimes describes as “SMS Of The Internet” the use of twitter’s application programming interface for sending and receiving text messages by other applications. Online media and TV are obsessed with twitter everyone talking about it can be found on major news station in the nation.

In conclusion, I love the internet and twitter. It is fund, meeting new people and you can create great income as well. The internet, web 2.0, and social networking has come a long way and constantly evolving to make communication easier for the world’s citizens. Social networking sites like twitter is part of this evolution of human communication with no slowing down. The question is, are you twittering?