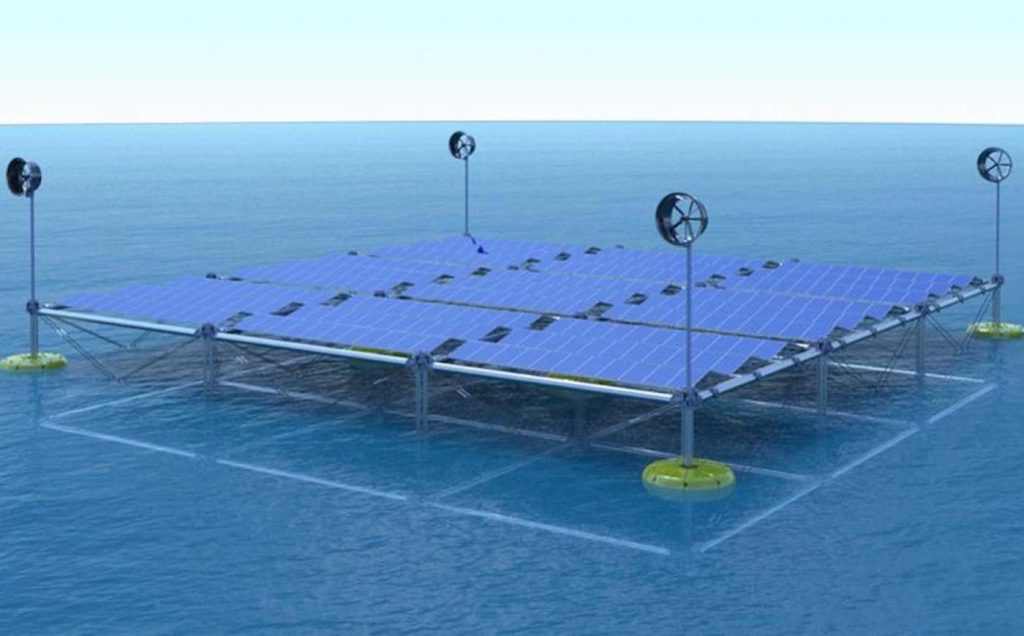 We know renewable energy technology can produce electricity from the sun’s rays, the force of the wind, and the power of the waves—which makes one wonder why this new 3-in-1 offshore platform wasn’t made 20 years ago.

The maritime energy generator developed by German company Sinn Power goes where the power of these three forces of nature are often strongest—the ocean. With its onboard equipment, it can generate power from the force of the water underneath as well as the wind and sun above.

“The modular design has been a key element since we started developing maritime technologies that allow flexibility and a wide variety of applications” Dr Philipp Sinn, CEO Sinn Power told Forbes. “The floating platform can supply renewable energy to islands across the world, for example, and contribute to the worldwide implementation of offshore wind farms.”

The prototype, which started as a patent application merely 2 years ago, is now stationed off the coast of Greece. It’s being offered to solar energy companies as a golden opportunity to test and demonstrate photovoltaic arrays to be stationed on a fleet of future platforms.

As is so often the case with new energy solutions, the design is lightweight, scalable, durable, and easy to repair—but the platform raises or lowers itself, depending on the height of the waves around it.

When fully outfitted with solar panels and windmills, the platform can generate 26 kilowatts of renewable energy. Far more reliable than wind and solar, most of the energy generated by the platform would come from waves—synced as they are with the tides and uninterrupted by clouds or darkness.

Many island communities across the world rely on portable energy sources like diesel generators or cheap coal power plants—like on the island of Siberut in Indonesia, where locals have been forced to develop bamboo-powered bioelectric power stations to get energy to small hamlets. Offshore sources like Sinn Power’s flotilla could offer another way to get electricity to island communities.

“We are now preparing the floating platform to be used as a showcase, to enable wider access for potential customers. Politicians and representatives from other European nations have already visited. The next goal is in the autumn, when hopefully we’ll be able to start marketing our unique electronics set,” Sinn said.