Happy Birthday to Martin Short who turns 70 today. Born in Canada, the comic actor got his break on Saturday Night Live and won two career Emmys—one for comedic writing. Also a fantastic singer, he has won several theater awards including a 1999 Tony Award for his lead performance on Broadway, in Little Me.

He co-starred with his good friend Steve Martin, with whom he still performs, in the film Three Amigos, and you might remember him in Mars Attacks!, Father of the Bride, The Santa Clause 3: The Escape Clause, or Madagascar 3.

He’s continued to tour in a one-man show, which features many of his best-loved characters (like, Ed Grimley and Katharine Hepburn). Short released a 2014 memoir, covering his 40-year career in show business, entitled I Must Say: My Life as a Humble Comedy Legend. WATCH his hilarious Tonight Show visit in January… (1950)

And, on this day in 1974, Gaura Devi led a group of 27 women of Laata village, Henwalghati, in the Garhwal Himalayas, to form circles around trees to stop them being felled by loggers. Their protest lasted four days and eventually succeeded when contractors gave up. It was the birth of the Chipko movement in India. 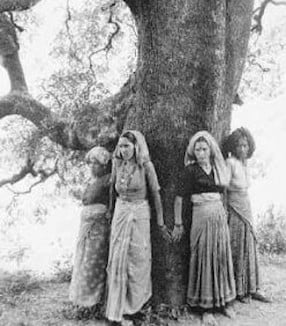 Happy 76th Birthday to Diana Ross, the Detroit lead singer of Motown’s most successful act—The Supremes (Ain’t No Mountain High Enough, Baby Love, and Where Did Our Love Go?), the most popular girl group ever. The Guinness Book of World Records declared Ross the most successful female music artist in history, with the most hits—a career total of 70 hit singles, earned as a Supreme and solo performer. (1944)

Also, Happy 72nd Birthday to Steven Tyler. The lead singer and songwriter for Aerosmith, his high screams and on-stage acrobatics perfectly propelled hit singles like “Dream On”, “Sweet Emotion” and “Walk This Way.

After drug rehab, he led the band in a remarkable comeback releasing the multi-platinum albums Permanent Vacation, Pump, Get a Grip, and Nine Lives, which produced a combined 13 Top 40 singles and won the band 4 Grammys. Raised in New York City by a classical pianist father, Tyler was also a judge on American Idol and the author of a bestselling book, Does the Noise in My Head Bother You?: a Rock ‘n’ Roll Memoir. WATCH him sing Amazing Grace with a church choir… (1948)