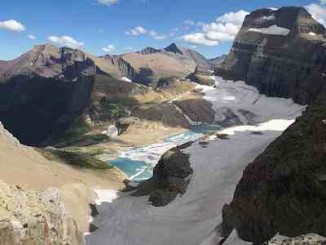 60 years ago today, the U.S. Food and Drug Administration approved of birth control as an additional use for the G. D. Searle drug Enovid, making it the first approved oral contraceptive pill following the largest drug trials ever run.

The FDA had already reviewed the issue of safety when it approved Enovid’s use for menstrual disorders in 1957, but at last they relented when John Rock, the renowned Catholic obstetrician and gynecologist petitioned to let it be given to healthy women for long-term use for a social purpose—to control their own pregnancies. (1960)

And, on this day in 1910, the U.S. Congress established Glacier National Park in Montana.

Along the Canadian border, the park encompasses over 1 million acres, two mountain ranges, 130 lakes, more than 1,000 different plants, and hundreds of animal species, including the threatened grizzly bear and Canadian lynx.

Also, Happy 79th Birthday to Eric Burdon, the lead singer of The Animals who sang House of the Rising Sun.

The Rock and Roll Hall of Fame inductee also sang on Don’t Let Me Be Misunderstood and We Got to Get Out of the Place. Burdon has often toured in the last decade and reunited with The Animals in Newcastle–the English city where the band formed in 1963, before becoming part of the British Invasion that took America by storm. Burdon also joined the band WAR to help create such hits as Spill the Wine, Paint it Black, and Why Can’t We Be Friends? (1941)

And, on this day in 1888, American composer and lyricist Irving Berlin, who was considered one of the greatest songwriters in American history, was born in Imperial Russia. The composer of hits like White Christmas, Blue Skies, Puttin’ On the Ritz, I’ve Got My Love to Keep Me Warm, There’s No Business Like Show Business, Cheek to Cheek, and God Bless America, arrived in New York City with his Jewish family at age five escaping discrimination, poverty and brutal pogroms.

Berlin never learned to read music, but played his songs entirely by ear in the key of F-sharp (keeping all five notes of the pentatonic scale on the “black keys”) WATCH him demonstrate the unusual piano that helped him learn this, playing one of his humorous love songs. (Interviewing him are Dinah Shore and Tony Martin.)