60 years ago today, President Eisenhower signed the Civil Rights Act of 1960, a US federal law that established federal inspection of local voter registration polls. It introduced penalties for anyone who obstructed someone’s attempt to register to vote. It dealt with discriminatory laws and practices in the segregated South, which disenfranchised blacks and Mexican Texans. (1960)

And, on this day in 1954, Roger Bannister, a 25-year-old British medical student, became the first man to run a mile in under four minutes—significant because for many years nobody believed it was possible, and thus no one had achieved it.

As soon as Bannister set it as a goal and proved it was possible, the record lasted just 46 days—and within one year four men had matched the accomplishment. Today there are 855 sub-4-minute milers, internationally. Sir Roger Bannister went on to become a neurologist.

And, on this day in 1915, Orson Welles was born in Kenosha, Wisconsin. The actor, director, writer and producer made his mark in radio and film with two groundbreaking works. 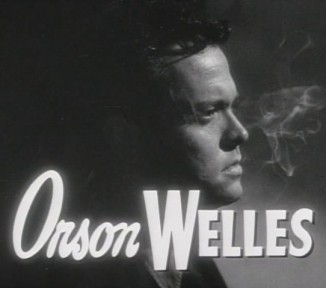 The radio broadcast War of the Worlds worried countless listeners who thought the theatrical news reports of a Martian invasion were real. His very first film, Citizen Kane, which he co-wrote, produced, directed, and starred in, is consistently ranked as one of the greatest films of all-time. His distinctive directorial style featured layered and nonlinear narrative forms, innovative uses of lighting such as chiaroscuro, unusual camera angles, sound techniques borrowed from radio, deep focus shots, and long takes. Welles also broke new ground in theater with Caesar, his 1937 Broadway adaptation of Julius Caesar. Since the War of the Worlds broadcast aired on Welles’ Mercury Radio Theater, the FCC established rules against hoaxes to avoid unnecessarily tying up emergency phone lines. 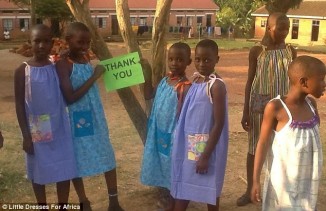 On this day 7 years ago, Lillian Weber of Davenport, Iowa celebrated her 98th birthday on a quest to sew by hand 1,000 dresses for children in Africa before her 100th birthday. TV station WQAD made Lillian famous, broadcasting her pledge to the world as she sewed one dress every day, and as she reached her goal two months early. (2013) – Photo screenshot from WQAD video.

And on this day in 1994, the Channel Tunnel was opened—the first land link between Britain and Europe since the Ice Age 40 million years ago. Nicknamed The Chunnel, it moves 10 million people every year underwater between Kent, England and the Calais area of France, beneath the English Channel. Its lowest point is 250 feet underground, (75m) below the sea bed.

The £9 billion construction project took 6 years to build, and uses electricity for everything from shuttling trucks and cars to moving international goods. The Queen, after completing the passenger trip of 31 miles (50 km) traveling at almost 100 miles per hour, said it was one of the world’s great technological achievements.