Happy 80th Birthday to Welsh singing sensation Tom Jones, who says he has no plans to retire—and his voice gives us no reason to doubt him. He has sold 100 million records worldwide over his six decades in music with 36 hits in the Top 40—in UK alone—including What’s New Pussycat and the #1 1965 blockbuster It’s Not Unusual. With his dimples and gyrating head and hips, teens and oldsters alike swooned over his curls and open shirts.

The BBC is celebrating his 80 years with specials on radio and television, and one artist in Wales even created a huge depiction of his face in the landscape, on the iconic grounds of Cardiff Castle, using only soil, evoking the song, Green, Green Grass of Home. WATCH a fantastic video with rare footage and dynamic appearances… (1940)

He became Sir Tom Jones when he was knighted by the Queen in 2005. While in his 70s, he became a coach on The Voice-UK, introducing his still-powerful singing style to a whole new audience. And just a few weeks ago, he appeared, with silver hair and goatee, to raise money for COVID-19 relief in the One World Together At Home telethon, singing That’s The Glory of Love in front of a painting depicting an old street in his Wales hometown where it all began for him. 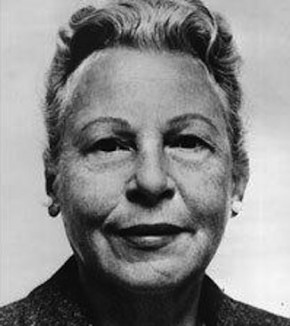 And, on this day in 1965, the Supreme Court reached a landmark decision on married couples’ “right to privacy” that effectively legalized the use of contraception. The ruling in Griswold v. Connecticut decided in favor of Estelle Griswold, who had opened a family-planning clinic in defiance of the then-deeply Catholic state of Connecticut, thus striking down the state’s “bedroom patrol laws” against birth control.

And, on this day in 1982, Graceland opened to the public five years after Elvis Presley died there. The mansion sits on 14 acres near Memphis and is the second most-visited house in the U.S., after the White House. Since being opened as a museum by Presley’s daughter Lisa Marie, Graceland has been listed on the National Register of Historic Places and been declared a National Historic Landmark. Famous visits to Graceland include Russian leader Nikita Khrushchev, whom Elvis said came “to see how in America a fellow can start out with nothing and, you know, make good”.

The property was named for the previous owner’s daughter Grace Took. Presley’s tombstone, along with that of his parents and his grandmother can be visited in the Meditation Garden next to the mansion, and Elvis’s Pink Cadillac is also on the grounds.

In the early hours of the morning Elvis died, he, his girlfriend Ginger Alden, his first cousin Billy Smith and Billy’s wife played a game of racquetball on a court there, and then Elvis sang a song on the old upright piano (which is on display) before he walked into the main house to wash his hair and go to bed. The bathroom where ‘The King’ died is kept off-limits. WATCH a quick tour… 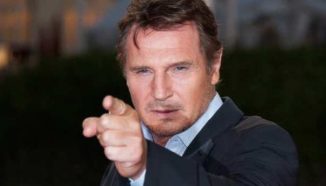 Also, Happy Birthday to actor Liam Neeson who turns 68 today. Born in Northern Ireland, he became a boxing champ in his youth, but also started acting so he could impress a girl. Now a US citizen, his movies include Schindler’s List, Michael Collins, Taken, Love Actually, Batman Begins, Star Wars: Episode I, and The Grey. (1952)

Happy 42nd Birthday to actor, comedian, and writer Bill Hader, who is best known for his years as a cast member on Saturday Night Live. Born in Tulsa, Oklahoma, he dropped out of college to move to Los Angeles and work in film production. Discouraged with his job, he took a comedy class and found his ideal creative outlet. His acting credits include films like Superbad, Tropic Thunder, Trainwreck, Forgetting Sarah Marshall, and You, Me and Dupree. His latest project, a series he created for himself called Barry, premiered this year on HBO. He once worked as an usher at a movie theater in Arizona, so he could see films for free, but he was fired for spoiling the ending of Titanic to noisy patrons. WATCH him (above) doing obscure impressions for Jimmy Kimmel… (1978)