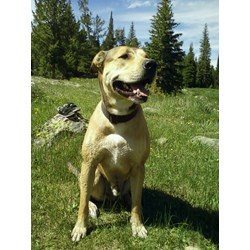 Many may think that antifreeze ingestion with a pet happens in the winter but, it is a danger that can happen anytime throughout the year. It is important for pet owners to know how easily accessible antifreeze can be, why a pet would drink it, the danger of drinking antifreeze, and the consequences therafter.

In a matter of hours after the pet has ingested antifreeze, the consequesnces that follow leads to three stages of a long and agonizing death. Drinking as little as 3 tablespoons of antifreeze can be lethal for a medium sized dog. For a cat, the amount is much less.

The survival rate is greater if the pet receives medical treatment within a few hours after ingestion. Within 30 minutes after consumption, the first of the three stages will appear.

If a pet is allowed to roam freely in the neighborhood, it is more likely to be at risk for coming in contact with antifreeze. A pet can walk through a puddle of antifreeze then, lick its paws, and consume enough of the sweet liquid to cause death.

To avoid this devastating outcome, it is important to keep your beloved pet in safe surroundings and away from any exposure to antifreeze.