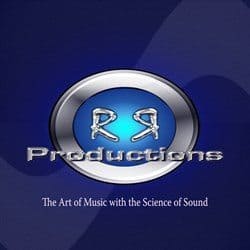 Why you should use a established Mastering engineer

There’s a lot of confusion among musicians and even studio engineers about the process of mastering. They often don’t know what it is, how it works, or even why it’s necessary. It is not only mistakenly perceived as just another pass through the gear, but, when told their master could benefit from mastering, musicians often think that means their recording engineer gave them a bad mix!

The need for mastering bears little relation to the quality of your recording engineer’s mix. It is a completely separate process. While a recording engineer knows how to make a great song, it takes a mastering engineer to make that song sound great whether it’s playing on a CD or vinyl, on the radio or through a car stereo system.

In the studio you record one song at a time, sometimes in different studios, frequently resulting in songs that all peak at different levels and have different EQs. A mastering engineer unifies the album by using EQ and compression to give it a consistent sound from track to track.

Mastering call also raise your album’s overall level through use of compression. In the digital format, music cannot be louder than the digital zero ceiling. Transient peaks that creep into every recording are often too brief to be audible and present the overall level of your music from being as hot as possible. Once the mastering engineer eliminates these peaks, he can boost the entire program without affecting the music’s dynamic range too much. When done properly, mastering can make your music sound much hotter than zero.
The difference between a mastered song and an unmastered one really become apparent when the two are played back-to-back over the radio. Radio stations compress songs to such an extreme extent that unmastered songs sound thin and weak compared to mastered ones.

One way you can tell if music has been properly mastered is if the mix sounds the same at any volume.

Perhaps the real advantage of mastering is that an unbiased sound professional has the opportunity to evaluate your master tape and determine how to get the most out of your production. Yes, it’s yet another thing to spend your money on, but it will make your music sound better. After all, you only have one chance to make your music sound its best… the choice is up to you.

We start with listening to each mixed song individually and making adjustments. First the introductions and outros are addressed – (top & tail) count offs are removed, incidental noises cleaned up, and the fades at the end of a song are made to sound more natural. Next, musical edits can be performed on each track – sound pops or slight distortions can be fixed and slight level drops in your mix can be boosted to make the song consistent. Additionally, different sections of the song can be replaced by improved mixes. For example, the background vocals in the third chorus were not as strong as the first two, so you can simply copy the first chorus and move it into place where the third would be and create a stronger song. Once in the mastering studio, we can add EQ and compression to not only make it sound consistent , but also to make it sound good on the radio. Radio, as a rule, uses an obscene amount of compression when it broadcasts. That’s why every song comes across your car radio at the same volume, whether it’s OASIS or PAT BOONE. If your mastering engineer doesn’t have a lot of experience in mastering for radio, there’s a good chance that your record will sound pale, thin and muddy when it’s played on the air.