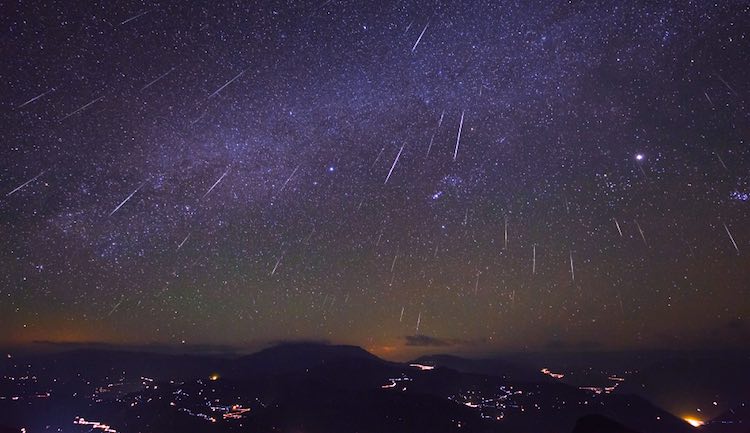 A complete protein—a critical ingredient for life, and one that could finally solve the mystery of how life on earth began—was discovered for the first time “on an extraterrestrial source.”

Using the latest in mass spectrometry, scientists from Harvard identified isolated amino-acids lodged in a meteorite, and later confirmed them to be part of a unique complete protein structure seen nowhere on Earth.

If cells are the architects, custodians, and innovators of organic life, proteins in many ways are the building blocks used to create it, and while this discovery doesn’t outright confirm that life came from the stars, it supports several hypotheses, such as that life could have begun here on earth with help from interstellar space rocks.

Scientists working with a superconductor X-ray source supplier, PLEX, found the traces on a meteorite known as Acfer 086 which landed in Algeria in 1990. Given the name hemolithin, the unearthly protein contains iron and lithium.

While single and even chains of amino-acids have been found in space before, this is the first time that they have been organized into what could be considered a complete protein. More exciting is that the chemical structure of this extraterrestrial protein is not found in proteins on earth.

To ensure the protein discovered on the meteorite didn’t come from earthly contaminants, the researchers measured the ratio between deuterium/hydrogen, which is similar to carbon dating and helps contextualize the origins of materials.

The results revealed “very high extraterrestrial D/H ratios,” according to the study, and according to a report from Vice, this suggests the protein could have come from a period before the solar system coalesced—in the proto-solar disc or even earlier—in clouds of molecular dust that existed before our sun was born.

“At this point, we need other scientists to employ our careful methods to repeat our results,” said study co-author Julie McGeoch, a molecular biologist at Harvard University, who said her team is waiting for their published paper to be replicated and sent through peer-review.

Perhaps the most fascinating and, unfortunately, most complicated aspect of the discovery is the strange reaction hemolithin has in water. Studying these water-protein reactions led McGeoch to try to determine whether reactions between the two in interstellar dust clouds could have played a role in the formation of our solar system (see her corresponding paper).

Down here on earth, the same splitting of molecules from water into hydrogen and oxygen would have played a major role in the creation for habitable conditions for life to arise, suggesting that extraterrestrial proteins like hemolithin might have triggered these reactions on earth.

CHECK OUT: Scientists Detect Tone Pattern in the Ringing of a Newborn Black Hole for the First Time, Proving Einstein Right Again

McGeoch noted that: “If true, this could be a chemical energy source, which is the most important ingredient for a biochemical process leading on to life.”

McGeoch is planning to plow forward studying these reactions, acknowledging that the protein, or any protein’s, potential role in the formation of the solar system or otherwise is merely speculation at this point; but for the first time, short of a cell arriving on a meteorite, we have confirmed the off-world presence of at least one major building block to organic life, as well as the possibility of beginning to understand mechanisms that might lead to a planet becoming suitable for it.

Be Sure And Share The Exciting News With Your Friends On Social Media… (Photo by Tom Hall, CC license)