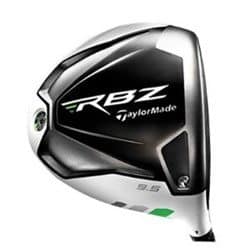 Do you have Rocketballz? Well I do!! I have the Taylormade Rocketballz driver. This was the first driver that I have bought in over six years. I was playing with a friend that had just purchased one and he wanted me to hit it. I was cautious at first because I thought the white head would be a distraction.

After that first swing I knew I would be buying me own Rocketballz driver!! It was a long five yard draw BOMB!!! This driver comes with Flight Control Technology (FTC) which means you can adjust the loft and face angle. I have always been a PING homer but now I got ROCKETBALLZ!!!!

I have to tell you, this is one of the best drivers I’ve ever had. I’ve always been a Ping guy – never even considered playing any club other than Ping golf clubs. But, that one fateful day that my buddy put this TaylorMade in my hands, it was love at first swing.

Golf.com says that they think this driver is a very good performer – and so do I! I’ve always been a bit uh, “hairy/scary” off the tee, but this club has really helped to even out my tee shots to I *finally* enjoy more consistency.

Golfwrx.com gives this driver a 4.5 out of 5 stars rating. The only thing keeping this club from being a perfect 5 stars is in the feel/sound category. Know why? Because when you really mishit this club, you HEAR it!

There is a Pro version of this driver as well. Main difference is that the head is a little bit smaller. 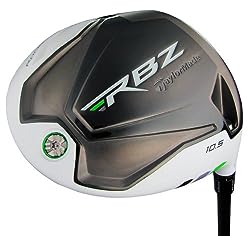 For the “wish I was a Pro but I’m not” kind of player like me, I’ll take the biggest sweet spot I can get!

Many golfers wonder whether the RocketBallz is better than the R11S (also a TaylorMade club) and while they are both great clubs, many really side with the RocketBallz.

As for any downsides to this club? Other than they sound of a mishit, the only other thing I have heard anyone “fuss” about is the white color of the driver head – and that’s not really because they don’t like it, it’s more because it looks dirty at times!