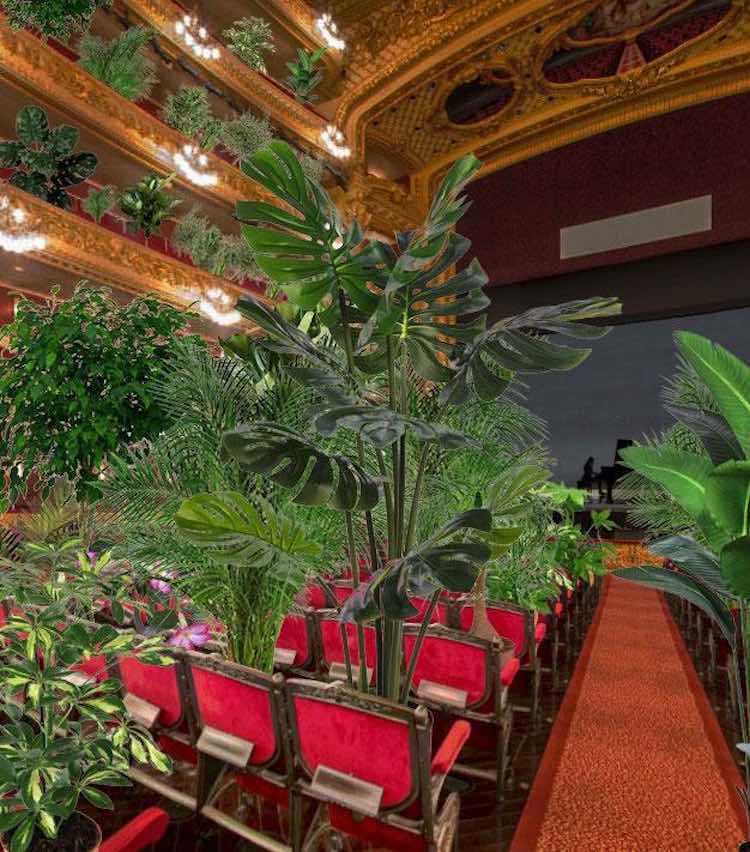 As an intriguing statement on the relationship between man and nature, a Spanish opera hall will conduct a performance of Puccini’s flowery concerto Chrisantemi—or Chrysanthemums in English—to a packed house of 2,292 potted plants.

As government-mandated shelter-in-place and quarantine orders saw society recede into the walls of their homes, nature has silently crept into many of the places—in the cities and in the margins—which we vacated.

Pondering on this, the concert organizers at Barcelona’s Liceu opera house decided that as the country begins to reopen and the people reclaim the spaces they lost, it should be plants that receive the honor of the first performance within the grand Catalan concert hall.

No social distancing or masks will be required for the Concert for Biocene, which is designed as a reflection on the strangeness of the current human condition—that like the opera hall, our circumstances have forced us to abstain from many of the things that make us feel most alive, the most human, leaving them instead to be occupied by nature.

In the same way the absence of humans has allowed plants to spring up from the ground and enjoy the sunlight on the streets and squares of mankind’s great cities, the Concert for Biocene will allow them a more generous taste of humanity. Non-vegetable Puccini enthusiasts can watch the concert streamed for free on their website at 5PM next Monday.

“At a time when an important part of humankind has shut itself up in enclosed spaces and been obliged to relinquish movement, nature has crept forward to occupy the spaces we have ceded,” said Eugenio Ampudia, a conceptual artist, and one of the brains behind the strange idea.

“And it has done so at its own rhythm, according to its patient biological cycle. Can we broaden our empathy and bring it to bear on other species? Let’s start by using art and music and inviting nature into a great concert hall.”

When the string quartet of two violins, a viola and cello finish their performance, palms will certainly be pressed together in appreciation, after which each and every plant will be donated to a health worker as a small token of appreciation.