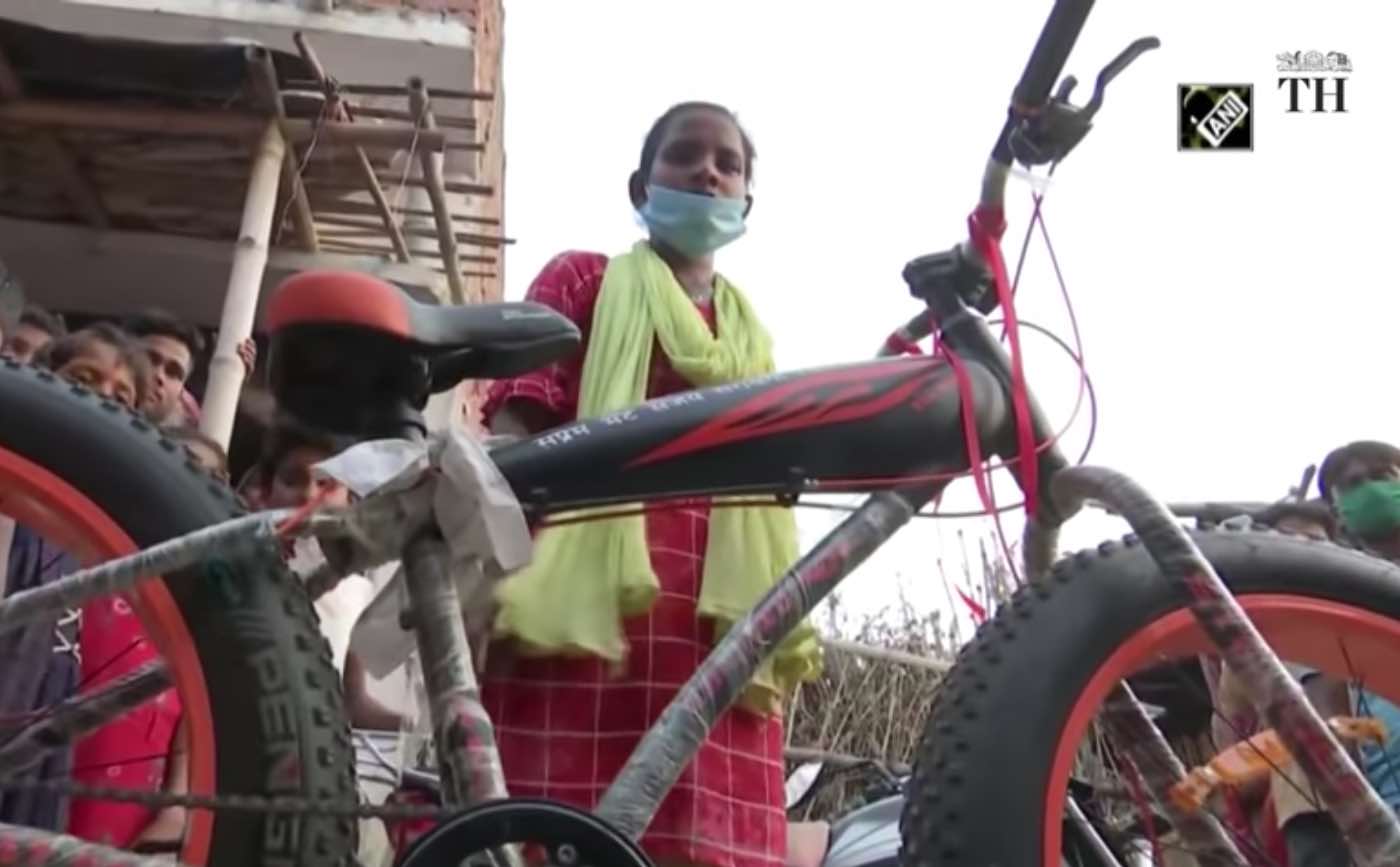 Earlier this month, an injured migrant laborer named Mohan Paswan was forced to hobble home to his 15-year-old daughter and tell her he had been badly hurt, he had lost his job, and there was no way for them to get home to their faraway village in India.

Most people would regard their predicament as a horrible—even hopeless—situation; but now, the world is celebrating the incredible story that followed.

Paswan and his teen daughter Jyoti Kumari recently completed the 750-mile journey from their former apartment on the outskirts of New Dehli all the way to their home village. What’s remarkable is that they rode the entire distance on a bicycle they purchased with their last $20, with Jyoti pedaling as her father rode on her back with his heavy bag.

The story of their grit and determination has inspired millions of migrant workers across the country, where the novel coronavirus lockdowns has resulted in severe work shortages. Many of these laborers have needed to take similar journeys from major cities back to their home villages where they can be supported by their extended family—but financial and logistical problems have left many of them stranded and wondering what’s next.

WATCH: Girls in War Zone Find Their Power On Skateboards; Documentary About Them Takes Home the Oscar

Things had not been going well for Paswan, even before the pandemic. In January, he was involved in a traffic accident while working as a rickshaw driver. His daughter, who had dropped out of school a year earlier because of the family’s financial troubles, decided to make the trip to Dehli to care for her injured father. When the lockdown hit and Paswan was unable to earn a living, their landlord cut off their electricity and threatened to kick them out of their apartment. It was then that Jyoti suggested that they head home to their village in Bihar.

At first, Paswan was aghast over his daughter’s suggestion that she take him home. “I said, ‘Look, daughter, it’s not four or five kilometers that you will drag me from here. It’s 12-, 13-hundred kilometers. How will we go?” he said in a video broadcast by the BBC’s Hindi service.

Jyoti had cycled a lot in their village, and they had just enough money to purchase a bicycle. She insisted that she would get her dad home safely.

That being said, it was not a glamorous journey for Jyoti and Paswan—they often found themselves without enough to eat; they slept at gas stations, and often relied on the generosity of strangers.

True to her word, Jyoti and her father made it home. Additionally, since the Indian media has dubbed her “Jyoti the lionhearted”, the teenage girl has been contacted by Onkar Singh, the chairmain of the Cycling Federation of India, urging her to try out for the national team.

LOOK: 14-Year-old Awarded $25,000 For Her Invention That Totally Eliminates Blind Spots in Your Car Using a Projector

“She has a great talent,” Singh told The New York Times.

Singh says that the Cycling Federation is planning on bringing Jyoti back to New Dehli in “something comfortable, like an [air conditioned] train.” Expressing his admiration that she could travel so far with a heavy man “and his luggage,” Singh added with conviction: “She has guts.”