Skip to content
Recently, Jack Ma announced his retirement from a 19 year in the making the success of Alibaba Group, at the age of 54. He led the company from his humble beginnings back in his apartment to now what is known as an e-commerce giant worth $420 billion today.

Along with the announcement, Daniel Zhang was named as the successor of Ma as Executive Chairman of Alibaba Group.

Jack Ma is notably the face of Alibaba, however, there are in fact, 17 other significant individuals that co-founded the e-commerce giant since its inception in 1999. But who are they?

As such, iPrice Group embarked on a research to uncover the 18 founding members of Alibaba Group and summarised our findings in an infographic.

From this report, we found several interesting insights. Among them, the co-founders were from diverse industries such as journalism, investment banking, web developers, education and many others.

Amongst the 18 co-founders were six women who now holds top-level management roles, such as Lucy Peng. She was recently appointed as the CEO of Lazada in March 2018 while a majority of founding members hold significant roles within Alibaba and its subsidiaries. 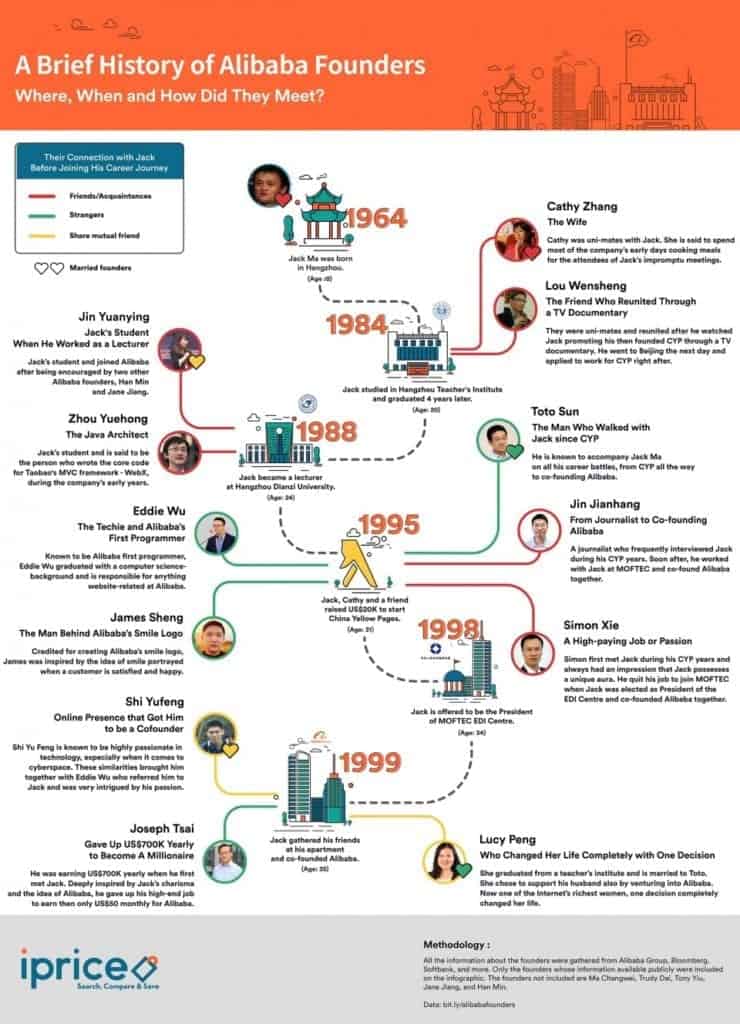 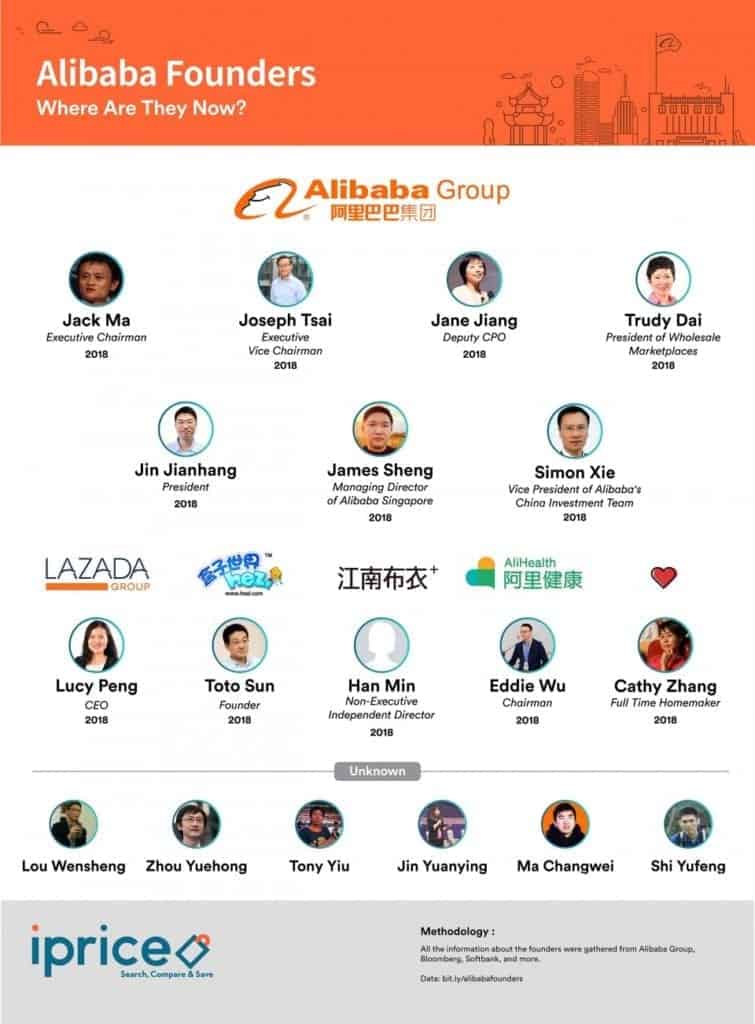 Disclaimer: The “Alibaba Founders: Where Are They Now” infographic has been updated on 3rd October 2018.

To discover more about Alibaba’s co-founders, here are further details of how they met Jack Ma and their history prior to the founding of Alibaba.

Eddie Wu, one of the Alibaba co-founders noticed Shi’s presence in the internet world. At a restaurant in Beijing, Shi first met Jack Ma through Wu. Attracted by Ma’s plan and passion for building Alibaba, Shi decided to join Alibaba.