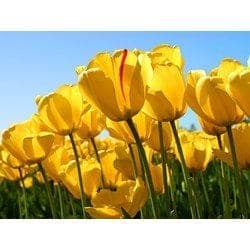 We all know that Mother’s Day is a day to spoil Mom by taking her to breakfast, lunch, brunch, or dinner, giving her special gifts and greeting cards, or buying her beautiful flowers. Some moms are even treated to all of these wonderful gifts but, do we know the origin of how Mother’s Day first came to be?

This holiday was first originated shortly before the Civil War by Ann Reeves Jarvis in an attempt for mothers to care for their children adequately. After the Civil War, it transformed into how to help reconcile former Union and Confederate soldiers who had become divided during the war.

Years later in the early 1900’s after Mrs. Jarvis’ death, her daughter, Anna Jarvis, promoted Mother’s Day as a day to honor mothers for their devoted love, and care for their children. The first Mother’s Day was celebrated in May 1908. Soon after she began a campaign to promote the declaration to make Mother’s Day an annual celebration. She succeeded when in 1914, President Woodrow Wilson signed the bill to declare Mother’s Day to be the second Sunday in May, and for it to be known as a national holiday.

In the years to follow, Miss Jarvis became discouraged by the holiday becoming so commercial with profits being made by florists, greeting card companies, and gift shop owners. She protested Mother’s Day and urged people to do the same. She condemned all who made a profit from the holiday.

In today’s society, profits are still being made in sales for floral shops, greeting card companies, and gift shops across the United States. It is usually one of the busiest days of the year for telephone companies due to the high volume of telephone calls to mothers. Although the holiday has become so commercial, receiving such gifts is still a nice way to honor one’s mother.