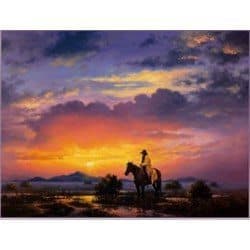 Western Gunmen Who Worked as Cowboys

Old West Cowboys worked long hours and slept in the open when herding cows. They endured poor food and little in the way of comfort; tough conditions caused many to turn to crime. Most are forgotten; caught early, they were of little interest to newspapers. Others gained notoriety as their continued liberty brought them attention. Few outlaws worked for long as cowboys, though many herded cattle between crimes. Here are some Famous Cowboys of the Old West.

The life of a cowboy was hard. It involved him in two annual roundups, one in spring and one in fall. They were each responsible for around 200 head of cattle. Cattle were easily spooked and had to be watched day and night. Strict discipline was often observed on the trail; drinking, fighting and gambling were forbidden. After weeks of these restrictions it was no surprise if a cowboy took the first opportunity to run wild. Their pay was spent in the cattle towns; drink, gambling and prostitution being high on their list. The hard physical toil and the privations that went with it meant few would last in the job for more than five years. Many had been caught up in the Civil War and were used to fighting; those from the Confederacy often returned to empty towns without work, and began to drift around the country in search of work. Not all were Caucasian; many were Black or Hispanic, some were Native Americans, some from Europe. Most were very young, in their late teens or early twenties.
The cowboy’s job was to look after the rancher’s cattle, but when a range war started between neighboring factions, the cowboy was expected to fight as a hired gun on behalf of his employer. Some would change sides, bought off by the opposition; others would help pursue wrongdoers as part of a posse or vigilante group.

Born Robert LeRoy Parker in Beaver, Utah on April 13, 1866 Parker grew up on a ranch and spent years as a cowboy, acquiring the nickname ‘Butch’ and subsequently calling himself Cassidy after Mike Cassidy, a cattle rustler he fell in with while in his teens. In 1889, he and others robbed a bank in Colorado, and the following year, he bought a ranch just across the state line from the ‘Hole in the Wall’ a natural geological fault which became a hideout for the Hole-in-the-Wall Gang and the Wild Bunch. A series of bank and train robberies with members of both gangs had Pinkerton detectives and other lawmen trailing them. Cassidy and the Sundance Kid (Longabaugh) fled to South America after attempts to obtain an amnesty from the railroads they had robbed all failed. They escaped to Chile, crossing in to Argentina to rob banks, and returning back over the border to Chile. Nothing is known of Parker after 1907. 1n 1908, two masked American robbers robbed a mining company payroll in San Vicente, Bolivia and the evidence led the Bolivian Army to a lodging house. After the ensuing gunfight, both robbers were dead, but they could not be identified. Both were buried in a local cemetary. Despite DNA tests in 1991, no match to living relatives was made, so the bodies were unlikely to belong to Parker or Longabaugh; many unproven accounts have been given of Parker being seen in the US as late as 1938.

The Last Outlaws: The Lives and Legends of Butch Cassidy and the Sundance Kid

The Last Outlaws: The Lives and Legends of Butch Cassidy and the Sundance Kid

Butch Cassidy and the Outlaw Trail

Butch Cassidy and the Outlaw Trail

Real name Harry Alonzo Longabaugh, born in Mont Clare, Pennsylvania, in 1867. Longabaugh worked for years as a ranch hand; in Wyoming he was jailed for stealing from a ranch, on release he worked on a ranch in Alberta Canada. In 1892, he was suspected of robbing a train along with others; by 1897 he was part of the Wild Bunch, along with Robert LeRoy Parker, known as Butch Cassidy. Although he wounded two men in a gunfight, he was not known to have killed anyone. Other members of the Wild Bunch, and the Hole-in-the-Wall Gang certainly did. Longabaugh and Parker left the US for Argentina in 1901, along with Etta Place, Longabaugh’s mistress; she returned a few years later. Longabaugh was thought to have died with Cassidy in Bolivia, but lack of DNA evidence suggests the Americans shot by the authorities after a payroll robbery were not the two famous outlaws. Anecdotal evidence suggests Longabaugh also returned to the US after the supposed date of death.

Butch Cassidy & The Sundance Kid: The Lives and Legacies of the Wild West’s Famous Outlaw Duo

Digging up Butch and Sundance

Born William Henry McCarty around 1860-1862, possibly in New York City. Used the aliases William Antrim, William H Bonney. McCarty was a teenage itinerant ranch hand in Arizona. His first killing on August 18, 1877, was that of Frank “Windy” Cahill, a long-time bully who suddenly sat on Billy and punched him repeatedly. The Kid shot him and fled Arizona for New Mexico, calling himself William H Bonney. He joined cattle rustlers known as the Jesse Evans Gang until they fell out and he went back to ranching. Late in 1877, McCarty, along with others, was hired to guard cattle guard by a cattle rancher, John Tunstall. A conflict now called the Lincoln County War erupted between the town merchants, Lawrence Murphy and James Dolan, and Tunstall and his partner, Alexander McSween. On February 18, 1878, Tunstall was murdered by William Morton, Jesse Evans, Tom Hill, and Frank Baker, members of the Murphy-Dolan faction. Tunstall’s men formed a group called the Regulators who pursued the murderers and killed some, while McSween tried to have them arrested legally. Mixed allegances, treachery, killings and personal grudges, plus political corruption meant that one by one, the Regulators found themselves in opposition to the law. A fire at McSween’s home resulted in McSween’s death and forced McCarty to flee to Texas. In Autumn of 1878, the new Governor of New Mexico, Lew Wallace, offered an amnesty for any man involved in the Lincoln County War who was not under indictment. McCarty was, but wrote to Wallace to ask for immunity in return for testimony to the Grand Jury. In March 1879, Wallace and McCarty met and McCarty agreed to a short stay in jail while he testified. Although John Dolan was indicted for murdering Tunstall, the district attorney ignored Wallace’s promise and refused to free McCarty, so McCarty broke jail. In January 1880, McCarty killed Joe Grant. Grant boasted to another poker player that he would kill Billy the Kid. The poker player was McCarty. The Kid requested a closer look at Grant’s ivory handled revolver and rotated the cylinder, ensuring that that the hammer fell on an empty chamber when the trigger was pulled. On revealing his identity to Grant, the man fired as expected, with no result, whereupon McCarty shot him dead. By now, a newly-elected Sheriff, Pat Garrett was in pursuit with a posse. On December 19, McCarty escaped one ambush. On December 23, Garrett’s posse surrounded McCarty and other ex-Regulators in a hut at Stinking Springs. Charlie Bowdre was shot in mistake for McCarty. Starving, the outlaws agreed to surrender. McCarty was convicted and sentenced to hang on May 13, 1881 but managed to kill both guards and escape yet again. Finally, three months later, Garrett tracked him down to Fort Sumner and the home of Pete Maxwell, a friend of Billy’s. Unexpectedly, Billy walked in and Garrett shot him dead on July 14, 1881.

Billy the Kid: A Short and Violent Life

Billy the Kid: A Short and Violent Life

Born Charles Angelo Siringo, Matagordo County, Texas on February 7, 1855. Charlie Siringo was a cowboy in early life, driving cattle along the Chisholm Trail. He married, became a storekeeper for a few years, then began writing books about the west and the characters he’d known. In 1886 he joined the Pinkerton National Detective Agency. For about 20 years, Siringo worked undercover, pretending to be many characters in order to mix with various outlaws and thieves. Among those he chased and infiltrated were bank and train robbers, including Butch Cassidy and murderers such as Billy the Kid. Disillusioned with Pinkerton’s management, Siringo worked for William J. Burns Detective Agency, and in 1922, moved to Hollywood, becoming unofficial consultant to William S. Hart in his cowboy movies. Siringo died in Altadena, California on October 18, 1928.

A Cowboy Detective: A True Story of Twenty-two Years with a World-Famous Detective Agency

Horner was a working cowboy until 1871, when he became a bank robber and cattle rustler. On October 10, 1874, Horner got into a an arguement with two black soldiers over a remark made. A gunfight ensued, ending with his killing one of them. Arrested for bank robbery in Texas in 1877, he escaped to Nebraska and went back to cattle herding. He changed his name to Frank M Canton and vowed to put his past behind him.

In 1882, Canton was elected sheriff of Johnson County, Wyoming. In 1885, he became a U.S. Deputy Marshal. Moving to Oklahoma, he became a respected U.S. Marshal under Judge Isaac Parker. Finding Oklahoma becoming too tame, Canton traveled to Alaska in 1897 and spent ten years as a Deputy U.S. Marshal. In 1907, he returned to the US and became Adjutant General for the Oklahoma National Guard. He then decided to confess his past identity. At a meeting with the Governor of Texas, Canton revealed his real identity and past crimes; the governor granted him a pardon because of his law enforcement service.

The End of the Wild West

Over-grazing from ranging cattle, combined with droughts and severe winters began to bring about changes in cattle ranching, including the use of barbed wire. Sheep were brought in as they needed less water, but nibbled the grass down to nothing and cut the roots with their hoofs. Battles ensued betweed cowman and shepherd over the supposed destruction of the range. Railroads expanded to cover most of the country, with meat packing plants being built closer to the main ranching centers. With little need for long cattle drives, fewer cowboys were roaming the west, and lawlessness was curbed by increasingly effective peace officers who had telegraph and detective agencies to make the discovery of outlaw hideouts more certain. By 1901, most of the lawlessness was gone, as the various organisations increasingly began to work together.

Down From the High Country

Down From the High Country – Western Painting by Peter McIntyre