One decade ago today, a rookie baseball player came to the plate on national television and hit the first pitch he ever saw in a Major League game for a grand slam—and was only the second player ever to do that (after Kevin Kouzmanoff in 2006). Daniel Nava drove in 4 runs at Fenway Park for the Boston fans, and was presented the ball from a Red Sox pitcher who caught it in the bullpen—“the souvenir of a lifetime.”

Red Sox Radio broadcaster Joe Castiglione had told him before the game to swing as hard as he could on the first pitch because “that’s the only first pitch in the majors you’ll ever see,” and he did just that. Nava hit his second grand slam four years later. (2010)

On this day in 1929, Anne Frank, the Jewish Holocaust victim whose diary describes her family hiding from the Nazis during the World War II, was born. She received a blank book for her thirteenth birthday that became the now-famous account of her life in hiding for two years. Afterward her family was betrayed, and she died in the Bergen-Belsen concentration camp.

Her father Otto Frank, who hid his family in the back of his office building, became the only family survivor, and he orchestrated the publishing of his daughter’s manuscripts. After being rejected by several publishers, Anne Frank’s diary was published in 1952—and is now published in over 60 languages with 30 million copies sold. 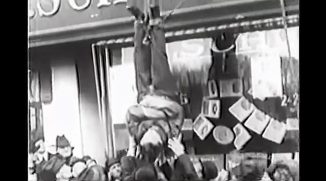 And on this day in 1923, Harry Houdini freed himself from a straight jacket while hung by his ankles upside down, 40 feet (12 m) above the ground in New York City. One of Houdini’s most popular publicity stunts, it began as a challenge from police, who applied the canvas and leather jacket themselves before he was hoisted up by a crane. He made his escape in full view of thousands of onlookers in about two minutes.

And, Rachel Beckwith, although she only lived to her ninth birthday on this day in 2011, left a lasting legacy that helped to raise more than $1.26 million for clean water. 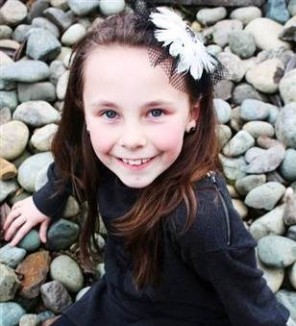 When she learned that peo­ple in the world are dying because they don’t have access to clean drink­ing water, she wanted to raise $300 for “char­ity:water,” by ask­ing for donations instead of presents for her ninth birthday. When she died in a car crash weeks later, her memory inspired a flood of inspired action by adults and children worldwide. READ the full story of Rachel’s legacy and Watch a heartwarming video on Good News Network, here.