On this day 65 years ago, The Johnny Carson Show debuted on CBS television. The prime time variety show was a traditional potpourri of monologue, comedy, music, dance, and skits. The series was short-lived, but planted the seeds for sketches he would later perform on The Tonight Show, such as “The Mighty Carson Art Players”.

7 years later, he was tapped by NBC to host The Tonight Show Starring Johnny Carson where he reigned for 30 years as the undisputed king of late-night television.

On April 1, it began streaming for the first time ever with the launch of The Johnny Carson Show on Shout! Factory TV, with collections of episodes from Carson’s epic run, with groupings entitled The Best of Carnac the Magnificent, The Best of George Carlin, and Animal Antics with Joan Embery and Jim Fowler. WATCH a highlight reel from the Tonight Show… (1955)

* A defining feature of special relativity is the replacement of the Galilean notions of Newtonian mechanics: Time and space cannot be defined separately from each other. 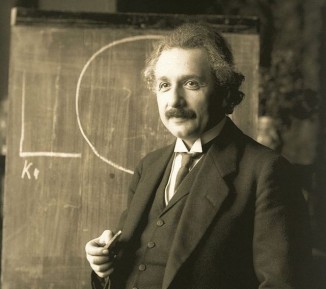 Rather space and time are interwoven into a single continuum known as spacetime. Events that occur at the same time for one observer could occur at different times for another. Rather than an invariant time interval between two events, there is an invariant spacetime interval. Combined with other laws of physics, the two postulates of special relativity are expressed in the mass–energy equivalence formula: E = mc2 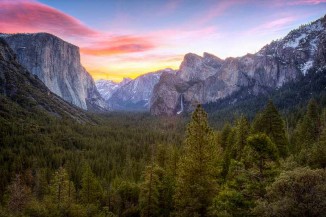 And, on this day in 1864, Yosemite Valley was granted to the state of California for “public use, resort and recreation” by a decree signed by President Abraham Lincoln.

John Muir wrote: “The noble walls, sculptured into endless variety of domes and gables, spires and battlements…all a-tremble with the thunder tones of the falling water. The level bottom seemed to be dressed like a garden, sunny meadows here and there, the river of Mercy sweeping in majesty through the midst of them.”  (Photo by SpreadTheMagic, CC license)

On this day in 1917, the jazz-pop singer and actress Lena Horne was born. The first black performer to be signed to a long-term contract by a major Hollywood studio, her career spanned 70 years on stage, screen and television. 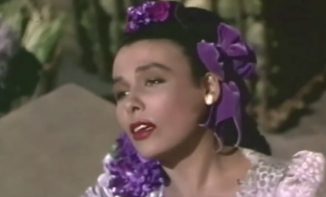 Born in Brooklyn, she dropped out of school but found musical mentors after moving in with her estranged father at age 18. Horne recorded popular albums and performed into her 80s, including a one-woman show at 62, called “Lena Horne: The Lady and Her Music,” which ran for more than three hundred performances on Broadway. The Grammy award winner also found fulfillment joining the 1960s Civil Rights Movement, 20 years after secretly marrying a white composer in the 1940s. Remembered also as a co-star in the Broadway play, The Wiz, Horne died of congestive heart failure at the age of 92. WATCH a bio broadcast on PBS after her death…