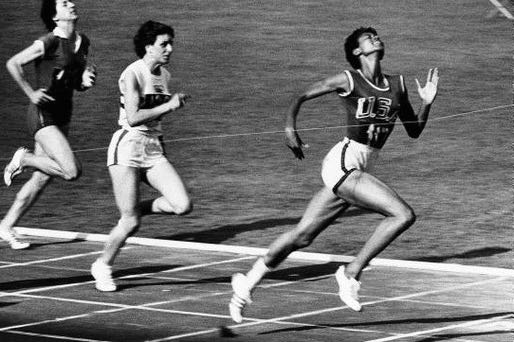 80 years ago today, the American athlete Wilma Rudolph was born prematurely at 4.5 pounds (2.0 kg). Despite a polio virus, infantile paralysis, and wearing a metal brace that twisted her leg for years, the Tennessee sprinter became the fastest woman in the world. She won an Olympic bronze medal at age 16, and four years later 3 gold medals in the 1960 Rome Olympics. Her international fame raised the status of women in sports, and she also campaigned for civil rights, as well as women’s rights, across America. (1940)

MORE Good News From this Day:

And, on this day in 2003, former Vermont governor and physician Howard Dean launched his maverick campaign for the Democratic presidential nomination that would become the model for grassroots internet campaigning and raise $50 million mostly in small donations under fifty dollars.

Also, Happy Birthday to singer-songwriter Jason Mraz who turns 42 years-old. After growing up in Virginia, he released his debut studio album in 2002, which contained the hit single “The Remedy (I Won’t Worry)”.

Mraz has won two Grammy Awards and his second hit, “I’m Yours,” was nominated for two others. His style evokes the influence of Brazilian music, from its swaying and jaunty rhythms to the use of nylon string guitars. The eternally sunny Mraz also runs his own sustainable, certified organic farm with his wife on their ranch outside San Diego, growing thousands of coffee bushes and selling the fruits from 40 varieties of avocado trees. WATCH an upbeat Mraz music video… (1977)