35 years ago today, Tears For Fears hit No.1 on the US singles chart with Everybody Wants To Rule The World. From the English band’s second LP (Songs from the Big Chair), the cut earned them a Gold Record and—along with Shout—became their signature song.

The lead singer Curt Smith said the song, which won Best Single at the Brit Awards, was a serious commentary about a corrupt era. “It’s about everybody wanting power…and the misery it causes.”

And on this day in 1953, the US Supreme Court unanimously ruled that restaurants in Washington, DC could not refuse to serve black patrons, invalidating “separate but equal” services as unconstitutional. Six years before Rosa Parks refused to give up her bus seat, it was Mary Church Terrell, an 86-year-old NAACP activist, who walked into Thompson’s Restaurant, a few blocks from the White House, and challenged their segregated policy with an eye toward abolishing the practice for good. 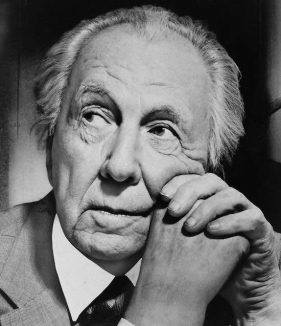 And on this day in 1867, Frank Lloyd Wright, the genius of American architecture, was born in Wisconsin. He designed and built 532 buildings —with interior decoration and furniture— to create harmony between people and their environment. This philosophy, called organic architecture,  was best exemplified by the 1939 Pennsylvania home, Fallingwater, which was built over a creek and has been called the “best all-time work of American architecture.” Perhaps Wright’s most recognized masterpiece was also his last major work, ‘The Guggenheim’, a cylindrical  art museum in New York City known for its gently climbing spiral ramp.

His ethereal Unity Temple in Chicago, was ranked by Architectural Record at #6 in its list of most significant U.S. buildings of the 20th century. Wright said that Nature (with a capital ‘N’) was his church, the motto for which was his Organic Commandment: