231 years ago today, whiskey was distilled from corn maize for the first time by the clergyman Rev. Elijah Craig. The liquor was called Bourbon because the reverend lived in Bourbon County, Kentucky. (1789)

Also on this day, in 2012, Ringo Starr’s boyhood home in Liverpool was saved from demolition when Beatles fans and city residents successfully lobbied to save the house, along with 15 others in the area. The run-down three-bedroom Victorian was marked for demolition in the low-income Dingle neighborhood, but the Liverpool City Council agreed to give locals the opportunity to fix up the properties. 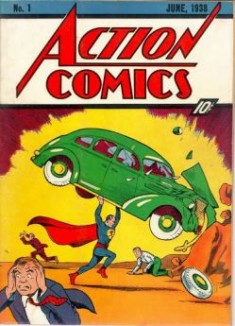 And on this month in 1938, Superman first appeared in Action Comics #1, the first edition of the superhero comic book by DC Comics. The comic book hero created by Jerry Siegel and Joe Shuster leapt tall buildings in a single bound, and ignited an unbroken print run of 904 numbered issues—the first one selling for 10 cents. Considered the most valuable comic book in the world, a copy recently sold for more than $3 million dollars. 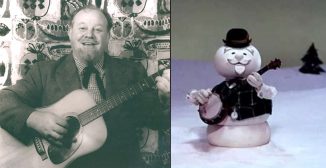 On this day 111 years ago, Burl Ives, the genteel American folk singer, banjoist, and actor was born in Illinois. Beloved as the narrator Sam the Snowman in the Rankin/Bass animated Christmas special Rudolph the Red-Nosed Reindeer, his recordings of Holly Jolly Christmas and Silver and Gold became Christmas standards since the annual special first aired in 1964.

The balladeer with the velvet voice co-starred with Paul Newman in Cat on a Hot Tin Roof and won a 1958 Oscar for Best Supporting Actor for his role in The Big Country. Besides his autobiography, The Wayfaring Stranger, Ives is the author of Burl Ives’ Songbook, Sea Songs of Sailing, Whaling, and Fishing, Tales of America, and The Wayfaring Stranger’s Notebook. WATCH this powerful scene that won him the Academy Award… (1909–1995)

(You might also want to check out his appearance on The Johnny Cash TV show, and his affable chat with the host.)