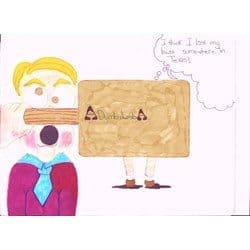 Millions of people attend college year round in the United States. There are so many to choose from. Both young and old attend college. To add, it seems as if more people are even younger (i.e. age 15) attending college as well. Millions of parents from all around the world prepare their children for another milestone in life. Going to college is one that ends up shaping their childrens’ minds into what a proud parent hopes their child will become eventually.
Doctors, lawyers, nurses, teachers, politicians, the next Bill Gates, Ceo, anchorman/woman, or even the next Russell Simmons, are all examples of hopes many parents have for their children. Especially when it comes to future careers their children may end up having after finishing school, and after obtaining degrees (usually).
Once a person is accepted and starts going to college, there are multiple opportunities to participate in many student activities. Some activities to attend range from religious to regular social stuff, like student dances. Next, usually with the appropriate grade point average achieved in all subjects, a person has the opportunity to join a fraternity or sorority.
There are numerous Greek organizations out there that have fraternities and sororities. To add, no matter what fraternity or sorority it is, many people have heard both good and bad ones about fraternities and sororities. There are also numerous reasons why people join, period. Some want to follow in their family members’ footsteps, hoping they will have similar experiences to what their relatives experienced.
Some join because of the way Hollywood has portrayed these organizations in movies. Some of the most popular ones I have watched are also my favorites. These movies are Animal House, Revenge of the Nerds, and School Daze. These reasons alone can cause one to rush in line to sign up for any fraternity or sorority immediately.
And still, some even feel pressured by peers and/or relatives to join. When one signs up there is usually excitement that is felt. Sometimes it is more, sometimes skepticism is felt, and sometimes there is fear. Furthermore, sometimes the fear comes from the knowledge or rumors of hazing.
Yes. The big six letter word. For many years, hazing, followed by the exploitation of a college student, has been going on and continues to go on. Hazing is defined as : “To persecute or harass with meaningless, difficult, or humiliating tasks” (source: The Free Dictionary By Farlex).
Exploitaion “generally means to take unfair advantage of a person” (source: USlegal, USlegal.com). Ever since I was a little girl growing up, up until adulthood, I heard of terrible stories of hazing that went on in different fraternities and sororities. Hazing has happened and happens to people from different racial backgrounds and economic classes. Some of the rumors I heard were about swallowing live frogs, tadpoles, etc., to making a prospective frat brother drink too much water, and sleeping with the ugliest and/or nerdiest female on campus.
I have also heard about the horrible swats that have been given by paddles in these organizations. To me, the paddles look like canoe paddles and feels like one’s life is about to end, if one has ever been hit multiple times with one.
Oh, the pain! Some even decorate these paddles! The subject of hazing has also been covered in the news. When it is covered by the news, it is usually when one dies (From what I’ve seen, anyway). There was one incident in Texas where a young man was forced to drink extremely large amounts of water. He ended up dying.
Hazing these days has been happening more and more off campus. Other hazing incidents involving fraternities and sororities are also terrible. One event in particular is usually so “on the down low” that it is usually heard as a rumor with no one (usually) admitting who participated as the one doing it.
And, the one it gets done to. This age old event in particular is called “doing a train” on someone. A “train” usually involves several or more guys from a fraternity and one female from a sorority. If it is not, it may be one of the guy’s girlfriends or one of the guy’s roommate’s girlfriends.
There were two rumors I was told about when I went to college for the first time years ago. One story was about a train pulled on a female who called herself sneeking into her boyfriend’s dorm room window. Further, I was told that she got stuck trying to climb through his window. After that, it was all over for her.
Of course the guy who told me had no knowledge of names. He told me that, “No one ever knows.” Another incident I heard about was about a prospective frat brother who got “the black beat off his hide”. One person told me that this young man got beat so bad, the skin color was beat off, and he died.
Again, I was told no one knew who did it, it still remained a mystery, and it happened too many years ago. Fraternities and sororities were believed to be created to represent academic excellence and “for the greater good”. It is unfortunate that some of these incidents and tragedies have happened, period.
This is not only dangerous, it has also been compared to gang initiation practices, where some get jumped in and some get “monkeyed in”. What does the future hold for today’s and tomorrow’s fraternities and sororities? Only time will tell.

Note: To find out what “monkeyed in” means, you can find out about the word “monkey” by listening to the song by E-40 and T-Pain called “You and Dat”, from the album My Ghetto Report Card. I tried to keep this article clean.