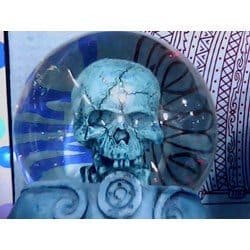 So far the parliament of Bangladesh has banned the Disney channel for accusing them transmitting the Doremon cartoon that has been very popular among the children and women folks. The main reason for banning the channel is – kids fond of the channel and glued to it all along and hence it is making them idle and inattentive to their studies! Many experts may not agree to this politicians point of views. On the other hand- most fictional drama serials that were transmitted in Hindi and also very popular among the house-wives and young ladies, lose free. The objectivity of these serials is simply showing and advertising dresses and ornaments. The social psychologists also opined that it also created complexity in the society as it is depicted so naturally and acted on diligently. Many times the intellectual society disapproved these Indian serials, but government turned deaf ears as always.

The government policy is so far seemed like terrorizing people by shooting people indiscriminately in the processions. It’s not blank fire, it’s a killing shot! In the name of stopping protesters from destroying properties and live, shooting them down is unjustified, as police role is to pacify them by taking other means and discussion. But the current tactics is blunt one- whenever a procession is out police vehicles with all armed back up creating havoc by shooting rubber bullets, live bullets and tear gas, not to mention lethal hit by batons are there too along with mass arrests and law suits. The total objectivity of policing that we have seen in the civilized world is absent here in Bangladesh, even if we compare it with Indian standard. Apparently it is the culture that we have built up in so many years, that intolerance and ignoring of others views and dignity persist while someone has got the power, by means of either election or corruption or force.

The government’s prime responsibility of any and every states of the world is to safeguard its peoples. Safeguard means – protecting lives and properties. Most important between these two is ‘life’. Police is employed and tax payers paying money to do this efficiently and effectively. The police don’t belong to any parties nor are they the people for any political party or politics. But in Bangladesh the police forces are considered to be the part and parcel of government intentions and agenda- in blunt words they are the ‘cadre’ of government party and do whatever is needed to do. For this the recruitment of police forces have always been manipulated and polarized, which also made them insecure on the job lest the incumbent lose its political power. To help themselves also polices have become biased and taking side of the government, not only this time, but it’s become a known fact. That is not a sin- in a way as all parties don’t make themselves from it. But killing sixty or more people in a day by the police, injuring thousands, and arresting more than that! Incredible fact no matter which side you are in. Even during the liberation period when Pakistani forces took actions- hesitated to shoot people such indiscriminately! Now own polices, brothers killing brothers by the instructions from the top. When the war crime tribunals are busy doing trials of forty two years old incidents. Still, what about the new killers and authority who ordered this killing? Who will and what will be charges named of this killing Masters?