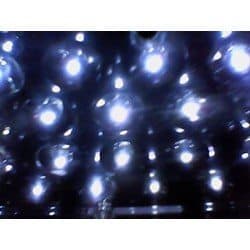 The bloggers were observed suspiciously, as who they actually have been representing and what was their motives. In the beginning it sounded fine and fresh and people welcomed it, but as the time passes by the objectives of the movement stumbled, and turned to a certain direction, mostly to the left. This made the movement as leftist and pro-government to block the opposition in the name of blocking the Islamists and Oppositions, whom they have been branding as ‘War-Criminals’ or collaborators. Irony is that the home minister himself, and Prime Minister’s close relatives also falling under the same blame game. But they are not named and charged! After forty two years of the liberation war, and many governments, including the incumbent came to power previously and gone- but nothing happened in this law suits. And this time the government is serious to finish the trial (!). Why? They understood that they failed to run the country as per peoples’ expectations, and failed to make the promise into reality. That’s why the government is interfering in the media, law and justice system. On the other hand, if failed to come back to power, more grave consequences might come from whom they did the same. This fear made the incumbent government more ferocious and adamant to get to the power by hook or by crook! Many critics observed.

Since February 5, 2013 the newspaper and Television channels have been refrained from broadcasting any news with regard to crimes, accidents and unlawful activities! In other words, Bangladesh has been freed from crimes, killings and corruptions since then! Is it fact or the government has been taking shelter under the Shah-bag slogans! What about the media? Are they free from biasness or indulged in the same wave of politics, or sold out! Protesters are demanding ‘hang’ to death to the ‘War-criminals’ which is not fair to many people, who believe in ‘justice’ not vengeance.

There are many honest and hermits and prophets we see in this earth, who came with the message of truth and without any political or monetary intentions. The remnants around the earth we see the proof of the destructions that had been done by the Almighty for not believing those true Messengers, who were human too. Now the people, who do not have any strong integrity, or faith, dare to criticize those prophets. Most interestingly for worldly gains and name some atheist carrying the Muslim names trying to defaming Islam which is not fair and just. I don’t believe I should not criticize someone who is much more above me in all standard and knowledge. Now it’s become a fashion and cheap popularity that matters to some people, and they like to say whatever they believe offending others.

The recent movement in Dhaka have been hijacked by the Government and trying to implement its own agenda thru’ those protesting gatherings. The justice system and panels and laws all are set by the government, even the judges are also appointed by the government. Yet government is not happy about the verdicts of jury board. Moreover, they are going to implement their next agenda of ‘set up’ polls without a significant barrier, like the corruptions and economic failure and destruction of economy and foreign policy failure.

We should not forget- the great stock market scam, forgery of government banks, unlawful killings, price hikes, unemployment, border killing, educational failure, and disrespect to peoples demand for a neutral and free-fair election.

The trial of war criminals is not the sole issue for the country, as the government is trying to portrait.

What is the main issue that a government should solve? Definitely economic and social security is the key element. How many unemployed youths are on the streets? Now we don’t ask the unemployment rate, rather the opposite! The big mammoth presence of public in the street proves how unemployed we are, and frustrated. The protest is in a way an exit door for relief. Does the government understand it? Definitely and surely, otherwise this youth might stand against the government too! Should the government withstand that shout? I doubt!