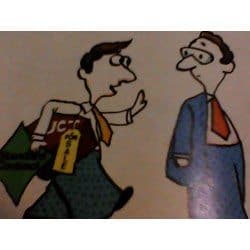 How to play dirty politics ?

A government’s attitude and governance in ruling a country should be in line with the morality and universally standard. Double standards and clearly biased actions with regard to justice and political actions not clearly in line with the universally accepted ethics and morality. For example, if government’s role is to governing on the basis of rule of laws, it should stick to the policy of non-interference of justice system and remain neutral. Rather the Bangladesh government doing just the opposite to the rule of laws. The current political turmoil in the country is the example, in the name of blogers the government party and its alliance have occupied the streets of the big cities demanding the death sentence of war-criminals, for which the ‘tribunal’ is formed and doing its job as per law, which is also made by the government. Now the government is demanding something which is contempt of law and putting some undue influence on the justice system to follow their demand, which is a bizarre situation in the history of the country and world. Once we trust on judicial system, we cannot claim or demand something from the court, nor can we say ‘we don’t accept the verdict if don’t go in our way’- ironically which is the case, and the government is backing up the protesters with finance and police support. The use of police and judicial system in supporting one, i.e., ruling supporters and killing others or taking harsh and brutal actions against the oppositions are simply unethical, unlawful, and immoral in a normal civic sense.

Hating the other parties

How can a government ban a political party which have political registration, seats in the parliament, and have huge public supports? How can a government ban a party which it cannot fight politically? The agenda of the incumbent government have been implemented by the Shah-bag blogers who are directly financed by the government agencies. The political ideology should be confronted or fought back politically, if you lose you should not go to the street in the name of public and people, which the Bangladesh government exactly doing. Secondly, freedom of expression matters. In a democracy, many people can say many things – likewise newspapers and electronic media too can. But here in Bangladesh, government seemingly cannot tolerate the opposition media and views, and openly criticizing it and demanding for its shutting down. Attacks on electronic and print opposition media are naked interference and threat to freedom of expression and views. Critics wonder if we are going to be a socialist kind of state where no oppositions would be expressing their views!

Police is there to protect peoples’ property and life. It secures the street from the opposition protesters, and takes even inhuman steps like shooting down protesters. In the street the oppositions are not allowed to go for a procession, as it hindrances public from moving one place to another. Very well said. Now for almost twenty days the key point in Dhaka and all other big cities have been occupied by the protesters (Rather government people!) and police is protecting them with enthusiasm. What does it mean? Where is the barrier or peoples’ right to move from place to place have gone? Where is the law and order? Secondly, why and who are those people living in the street? Observers say, fund is there, food is there. Who is the suppliers- answer is ‘look at the agenda’; otherwise, nobody would go to the street day and night living his mundane and jobs.