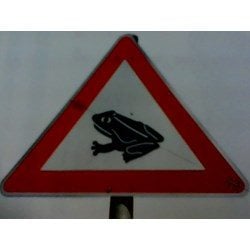 Bloggers protests have been nicely exploited by the incumbent government in Bangladesh. The moment when government was being under stress from all walks of life with regard to its bad governance and corruptions, the bloggers and ex-student politic-activists rose up in help in the name of protesting a certain court verdict. The government nurtured and groomed them well with finance and protection and instigated them to continue the blockade of the key street junctures in Dhaka and around the country. Not to forget, the rest of the country except Dhaka the total movement was being controlled and conducted and funded by the government or alliance parties. This is a new phenomenon in Bangladeshi politics, where protests against government have become the movement of the government as well, and an instrument to damage the opposition’s right criticism and justice.

In Bangladesh police is becoming more ferocious than ever, indiscriminate shooting at the processions and protesters are very in common. Recent killing of innocent protesters raised the conscience of the majority of public about the role, and atrocities of the state sponsored brutality against people of its own! This is more like pivotal to the government to implement its political agenda with the cost of people’s live. The media is playing a dormant role taking side of the government while a few ones who are taking the right and bold steps are facing harassment and law suits. Would this mean that Bangladesh is in deep trouble like other disturbing states around!

The recent political turmoil in Bangladesh seemingly polarized the media in the one side, leaving the rest a few on a corner. When the overwhelming majority of the media turned biased left or right, the non-democratic characters and behavior of the government would rise up. The reason for such biasness could be numerous i.e., from pressure from certain quarter to political biasness. This fight is not a fight for ideology, nor for any well being of the nation building, rather it the interest and financial gain and corruptions that are playing a pivotal role in the decision making or polarization. When media become biased and quiet against wrong doing of any government, inevitably the good governance wither away, leaving the people in a helpless state.