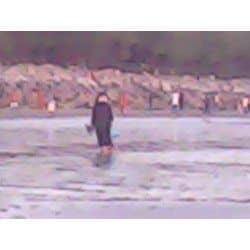 One can criticize another, if he has got the knowledge and wisdom to do so. But there is a limit. Blasphemy is different issue. If the case is about any prophet (s), the believers will not tolerate it anyway. The prophets are flawless and they are the messengers of the Almighty. If someone or others feel they have the loopholes as per their logic, let it be. The believers don’t care about that. Believing in Islam is not standing by logics, not everything, not always. For example- how can you prove about the life after death, how can you prove heaven and hell, how can you explain the angels? So, believing in Islam in most of the cases is a blind test. We call it ‘Eiman’ or ‘Aqidah’ that is the foundation, of which the prophets are very important and deeply related. Not believing in Prophets is synonymous to infidels- same as not believing other factors of Aqidah, which are fundamental. And the Almighty will not accept our faith and we will never be accepted as ‘Believers’ if we don’t have full faith, complete devotion, even more than our lives towards the prophets. When some one or others write something which are baseless and hurting the faith, fire will break out, we don’t have to be an expert to understand that. People go and fight against it, as it’s much more precious than living. It’s the matter of life and death. The Friday protests by the Islamists party is not only their own protests, normal Muslims also have the support for it, irrespective of their political alliances, and it will be whenever such incidents would take place. We denounce any blogging against any religion(s), as this is our fundamental right to follow whatever religion we like. Since we can’t force others to follow me, same is expected from others too. Better stop commenting on this publicly, especially in the internet. But stupid blogers in Bangladesh will not listen to it or they are trying to be a Taslima Nasreen! Cheap trick to be popular!

It seems like that the so called Bolger’s uprising is stucked in the political quagmire. Which was once intended to show as a euphoria of youth in expressing their solemn views, turned into a political quagmire, from which the blogers can’t get any chance to escape. As in the one hand they are under the wrath of political parties against whom they are shouting slogans, and on the other hand the incumbent government who don’t want them to shun the street protests, for two reasons- a. the protests get them a relief from oppositions continuous charging of corruption and bad governance; and b. the government party is intended to damage the opposition and intelligently harvesting their agenda in the name of non-political leftist alliance, c. people could forget the real issues of the country, i.e., the economic, law and corruptions, and destruction of peoples aspirations. Wishfully the blogers knew about that too, but can they escape from where they have been reached, I doubt! Now they are under threat from both the Government and oppositions. I feel pity for the protesters, as they have not foresighted this much.