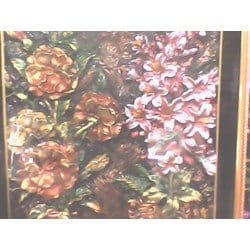 What should be the bloggers job in the first place? Is it the political issue to handle or should we fight for our legal rights (if we have it at all !) for all online obstacles and hindrances that government has been erected around. For example, we must fight on to facilitate the Paypal account, payza account etc. We must be clear about the differences of downloading and browsing. At present we are paying for browsing in the name of downloading. It’s an unfair practice for the internet service providers, i.e., telecommunication ministry. Where are the bloggers?

In recent incidents and political fiasco in Dhaka and around Bangladesh, made it a complex and long term division between people and parties. It seems like it is going to be a never ending partisans. A country divided like the Northern Ireland. The next issue is to wait and see if the incumbent government party and leftist alliance could destroy the so called Islamist parties for good by banning them!

Shabag incident and some thoughts

The recent political turmoil in Bangladesh has significant twits and turns in the peoples mind, and many questions and theories are prevailing and floating in the air. For ten days the congregations we have witnessed in Dhaka and around are interesting phenomenon which was phoenixed up with the verdict of 30 years of imprisonment for crimes against humanity during the civil war in 1971.

With the verdict which gone against the aspiration of the Awami Government and leftists, young people raised their voices in the name of ‘online bloggers’. In the beginning it seemed right that non-political people are there to protest day and night – non-stop.

Some questions regarding the People and justice system

In Bangladesh, there are many cases we find that made citizens of the country ‘contempt of court’ for talking against and or criticising the justice system or verdict of certain suits. This is deemed to be interference in the judiciary system. As the government is saying, and as always been, judiciary is independent! People have doubt though about this so called freedom of justice system. As we all understand the judiciary system and appointment of judges are highly polarized, and government intention uphold in the verdict in most of the cases, unless the sitting judge do not subscribe the government party’s point of views or non affiliated with the government party. If so, the recent uprising in and around the capital city and elsewhere seems to be under intense scrutiny!

Protesting against government and war crimes

Whenever a protest has been seen on the street it was said to be the intention of the ‘enemy of the state’ who dare saving the convicts of war-crimes. Although the opposition is protesting against corruptions and election procedures and laws, which the government has been denying like a stubborn.

Since there are fears that the next elected government might waive the verdict as unfair or somewhat like that, the incumbent party is pushing hard in the name of non-political banner to implement the death sentence, which is remains to be debated by people, and people are suspicious!

In the name of ‘Online bloggers’ the protest began against the courts verdict of 30 years jail. Meanwhile, the government is not allowing others to open Paypal account, or other online accounts for financial transactions; that is deemed to be the core chore of any blogging and online Resourcing. Strangely no protest or even lobbying was done to solve the core online issue, rather the political issues got their impetus, and we raise our eyebrows! The bloggers are not doing what they are supposed to do! People have doubts if it is another conspiracy to destroy the justice system of Bangladesh by protesting to change the already declared verdict.

After the party is over

When the protest is over, then what next? What about the other verdicts that were executed?  If someone don’t like any verdicts, should the law changed? There are natural systems prevailing, which allow the aggrieved party to appeal to the higher court or appellate Division. But saying so, why should one dare protesting against the judgment or justice or law altogether on a particular verdict or topic? Conspiracy theory says- there is something fishy in there! The wolf in disguise among the sheep dictating!