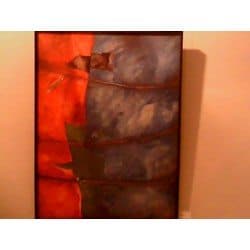 Puppets are all around

Teachers and Garments workers had been protesting more strongly and legitimately for their demands lately but their protests and demands were strongly handled and quashed brutally by the police. But the recent Shah-bag protests are welcomed like anything by the government, which is against the law and court of justice. But no contempt of court and no allegation for disturbing public life were raised from any quarter, as if the government party is doing the protests. More interestingly the issues they are changing everyday, seemingly violating the rights of information and freedom of expressions, which only they are enjoying. One might raise the question if we are going to be a one party state! The majority of people in Bangladesh are democratic and peace loving, but the movement is expressing hatred and divisions among the people, which is unsustainable for the long term development and progress of the country. Time is for unity, not destruction and division. Time is for peace not fighting against one another. Government has the pivotal role to play in this case, but it seems not aware of that, or are they doing it deliberately to fish in the murky water!

When you can’t buy them, Ban them

If freedom of expression is not there- the number of newspaper would be limited, or only a few would be allowed to do the job. What if a newspaper and television channels are banned from transmitting their activities only for telling the truth, which is against the wind of pro-government activists! Well, if everyone supports one party and one newspaper, or apparently one view and ideology (!), does it mean the so called ‘collaborators’ were defeated? Or one fine day all have become patriots? Answer is – a comical stupidity. Why the Government is making the politics and stability in a chaotic manner? Answer is- solidification of power, and fear of the days ahead. People’s perception is- the crimes and corruptions that the incumbent government is involved with seemingly un-escapable if proper lawsuits are filed against them in future. And there is less chance to be re-elected in the next election if fair and fee poll is conducted. Not to forget people are watching and understanding. The pro-government protesters and the opposition political parties are not the majority of Bangladesh, rather those who are not allied to any parties, or rather neutral and so called ordinary people, who never go to processions or protest in the street; rather stay quiet, observe and vote diligently!