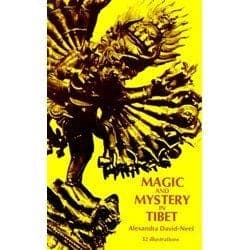 The Bon: first religion in Tibet

China has imposed a great many modernisations in Tibet. Many are for the good of the populationâ€¦abolishing serfdom, building roads, sanitation, housing, education; it becomes somewhat reminiscent of the sketch in Monty Pythons â€˜The Life of Brianâ€™: â€œwhat have the Romans ever done for us?â€

Its true that the Dalai Lama was planning for reform and modernisation, but fled the country before being able to begin such plans.

China and Tibet over the centuries have been ruled and pulled in the direction of each-other over many feudal centuries. Like China, Tibet has been closed to outsiders, a secret place, difficult to get to from China, almost impossible from other neighboring states. With a feudal elite of religious based rulers it has remained thus until the Chinese occupation in 1951.

There are curios stories, facts and fictions, myths and rumours about Tibet: the unknown and the un-provable is a vast blank canvass to scratch upon.

The Bon religion was in place long before Buddhism arrived in the country and it still persists today, even merging with some Buddhist practices. Bon has many practices and rituals and beliefs that have commonality with magic and ancient ‘witchcraft’ associations. There are or were Black and White hat Bons: but its not a matter of good or bad, magic practices may ‘control’ the minds of the superstitious.

Such things spread fear and can at least on the surface assist in promoting the feudal serfdom divisions in such a society, those that have the power and the followers, and with secrets; such things can readily subordinate superstitious people.

However looking further back Bon concepts appear to have similarities to Taoism and Taoist roots are untraceable, lost in the mists of previous epochs.

The S S in Tibet

The German fascination with Tibet started before Heinrich Harrer (who was an officer in the SS before the war started; that makes him a Nazi). He made it to Tibet after escaping internment in India by the British and later wrote â€˜Seven Years In Tibetâ€™ which in turn, later starred Brad Pitt in the movie.

Nazis had had a fascination with the occult which included an interest in Tibet. In Trevour Ravenscroftâ€™s very dubious book â€˜The Spear Of Destinyâ€™ he quotes from other books (Pauwels and Bergier) and expands on the idea of Bon Tibetan Lamas helping the Third Reich. Its most unlikely as Hitler had occultists imprisoned.

However it is a fact that the Nazis did send an expedition to Tibet in 1938, but no members where like Indiana Jones, even if the story is a great script for: Indie five!

The Chinese appropriation of Tibet also has rumours surrounding it as an invasion to obtain occult secrets. However if there are such things its unlikely that force could obtain them as we are informed that things of the spiritual realm, of which there is a saying: that the secret protects itself. Evil users only get so far, those that know or approach knowing can no longer function on any aggressive, self serving, or power gaining path.

Secrets of the Lamas?

The Chinese occupied Tibet in 1951 and rumours surrounding this action where not only linked to a territorial expansion; also to hide an invasion to obtain occult secrets! However if there are such things its unlikely that force could obtain them, as things of the spiritual realm, cannot benefit those with the wrong approach; there is a saying that ‘the secret protects itself’. It is said that evil users only get so far, those that know or approach knowing can no longer function on any aggressive, self serving, or power gaining path.

Such things together with much occult ramblings were covered in the nineteen, or was it twenty four books of Dr. T. Lobsang Rampa, the supposed Tibetan Lama who miraculously took over the body of an English plumber Cyril Hoskin. His book the Third Eye was published in 1956 long before the 1960â€™s occult craze and current preoccupations with conspiracies. So he was well in advance and a possible innovator of the genre and maybe worth reading for that reason alone, although some might argue that Madame Blavatsky got there first, with the genre. She never actually visited Tibet, which many might comment that neither did. Some say that T. Lobsang Rampa was channeling real information, of course the Dalai Lama has distanced himself from such things and of course conspiracy theorists would say that he would say that wouldnâ€™t he. In more recent times opening the Third Eye is part of the Falun Dong cult that emerged in China in the early 1990’s.

All of the above may all be hokumâ€™, but its now part of the folklore surrounding the mysteries of Tibet. To get a real insight you must suspend belief and read some of these things to get any overall appreciation of the so called secrets of Tibet.

If you look you can find lots of weird stuff on the internet regarding Tibet, none more so than the books written by a German in the early 1930’s Theodore Illion: ‘In Secret Tibet’ & ‘Darkness Over Tibet’ that tells of underground cities and zombies!

One if not the best introduction to reality surrounding such things is the book: ‘The Secret Oral Teachings in Tibetan Buddhist Sects’ by a French woman, Alexandra David-Neel and her adopted Tibetan son, Lama Yongden, in 1931.

The Tibetansâ€™ like the Chinese are very superstitious and the belief of hidden forces lying just beyond our ken, is something many will not joke about. They have a respect, maybe fear, of unlucky forces and so adorn buildings and personal spaces with totems to ward off evil influences and to attract good ones: e.g. feng shui; the hidden forces behind the winds and the waters, the ebb and flows of secret currents of earth energies. Such things are part of the fabric of life in Tibet and even modern day China.

Shangri La books were positioned on a table in a Tibetan tea house in China. The Search for Shangri-La or Shambhala has been a constant theme,since Hiltons book and the Frank Capra film version; but is it a real, imaginary or a spiritual state of the mind achieved through Buddhist practices? The myth continues.

In Dharamshala, India the Dalai Lama and the Tibetan government wait in exile, they too are seeking a return to their Shambhala. However as the Chinese government have imposed

High altitude Health and safety limits for the over 65, its unlikely that the Dalai Lama will return. Although attitudes are changing with
loosening of antagonism against religious beliefs in China and Tibet. Probably with the prize of tourism as a trade off things should eventually relax and should the two parties adopt a common approach, maybe, just maybe absolute positions on both sides may shift. Its a trade off.

Shambala, is a metaphor, a state of the mind, peacefulness, not a physical place, even though Diqing Prefecture has been officially designated as Shangri-La. For more see: The History of Tibet.

See also a good article about the Myths of Shambhala.

Kundun: about the Dalai Lama