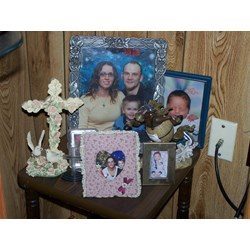 Cancer is abnormal growth cells growing in the body. Cancer cells are called malignant neoplasm, it is a group of various diseases, all developing unregulated cell growth. Depends on the type of cancer, some cancer can be treated with chemo and radiation or having an operation if caught in the early stages.

Early screening can detect the cancer before spreading out of control and be treated immediately with chemo and radiation. Now there many types of cancers.

Breast cancer: Squamous cell cancer, prostate cancer, these are only few names of cancer. When a love one such as a sibling is diagnosis with cancer, the news effects every one. It can turn lives upside down and emotional and devastating.
Loosing a sibling or a friend, or love one to cancer is upsetting.
Cancers are primarily an environmental disease with 90-95% of cases attributed to environmental factors and 5-10% due to genetics.

Environmental, as used by cancer researchers, means any cause that is not inherited genetically, not merely pollution.[6] Common environmental factors that contribute to cancer death include tobacco (25-30%), diet and obesity (30-35%), infections (15-20%), radiation (both ionizing and non-ionizing, up to 10%), stress, lack of physical activity, and environmental pollutants.[1]

It is nearly impossible to prove what caused a cancer in any individual, because most cancers have multiple possible causes. For example, if a person who uses tobacco heavily develops lung cancer, then it was probably caused by the tobacco use, but since everyone has a small chance of developing lung cancer as a result of air pollution or radiation, then there is a small chance that the cancer developed because of air pollution or radiation.

Loosing my sister who was only 51 year’s old to cancer was it was hard to swallow. When I received the news I visited her in the hospital and had to watch her slowly fade away to nothing, it broke me down and made me feel for the first time I could find the right words or knew how to help her. All I could do was sit beside her bed and comfort her with prayers and singing to her. The day she took her final breath it hit me like a ton of bricks. The grieving was over baring. Every year to keep her memory alive I would light a candle and walk down to the river and let a balloon go on her birthday. The type of cancer that taken my sister’s life is called Squamous Cell cancer which started a tumor growing in her head and cancer spread throughout her body. This type of cancer is original a skin cancer and is a very rare cancer so it is treated like any other cancer. My mother became withdrawn and depress as well as I did too. It effected us differently but in similar ways. recalling back, I remember my mother saying, I am suppose to go before my children and my children should be burying me not me burying my child. The hardest getting through my sister’s death was the grieving over our loss. Going through the five steps, angry, denial, guilt, sadness, depression.