If your kids are anything like mine then video games take up a large ‘block’ of their free time.
You would be, in fact, hard pressed to find any boy under the age of 12 that hasn’t accumulated at least 100 hours playing this game. One more block seems to be my kid’s motto lately!
Perhaps the biggest time-suck is Minecraft. This simple,  yet highly addictive pixelated powerhouse of perfection has taken the globe by storm.
When these marvelous outfits first hit the market, your choices were relatively non-existent. Over the past few years, however, Minecraft costume alternatives have really exploded.
Featured Item: Minecraft Steve Costume and Diamond Foam Sword
as pictured and sold on Amazon

As you are probably already aware, Steve is the main character in Minecraft. He is, for all intents and purposes, the guy that this entire world was build around. His job, limited as it may seem, is to simple mine stuff and craft stuff.
Of course, staying alive is also a pretty big part of any successful strategy as well. If you want a costume that is universally recognized, then Steve is your man!
The cool thing about this Minecraft head is its price. When these bad boys first came out, they sold for well north of $50. Fortunately for us, the price has come down considerably since then. This, of course, only seemed to fuel the overall demand for it. Many retailers, including everyone’s favorite Amazon, sold out of them last season. With that being said, you will want to grab yours early this year to prevent any potential disappointments.
Pair this Steve costume head with any geeky Minecraft shirt and your favorite jeans and you are ready to rock and roll. Of course, you may want to grab one of the uber-cool diamond sword to help fend off any crazy Creepers that happen to be spawning around.
Featured Item: Minecraft Steve Costume

Who are the mysterious Enderman? What do they want?
Unlike many of the mobs found throughout the game, Enderman actually start out as a relatively neutral mob. It is only when a player looks directly at them that they, for whatever reason, seem to lose their freaking minds.
Once you have gotten their attention, there is no stopping them; unless either you die or they do. Talk about frustrating!
This amazing Minecraft Enderman costume lead the way last season and I see no reason why it won’t do the same again this year. It may just be the perfect costume choice for any Minecraft fan.
Featured Item: Minecraft Enderman Costume

Oh those crazy creepers. Why do they insist on sneaking up and me and blowing my stuff up?
Creepers costume are one easy way to get a lot of positive attention this season. This hostile mob may, in fact, be the most universally recognized character in the world; as far as video games are concerned.
Besides being relatively inexpensive, you really do not need any other accessories with this look. Just grab your Creeper head, throw on some dark colored jeans, and go out and annoy the world.
Featured Item: Minecraft Creeper Costume

When it comes to Minecraft having the right tool is a crucial element to your success. The same can be said of crafting the perfect Minecraft costume! 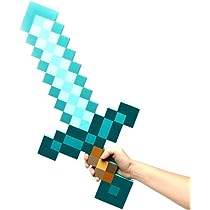 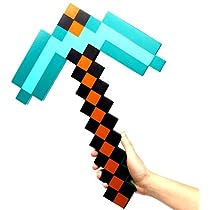 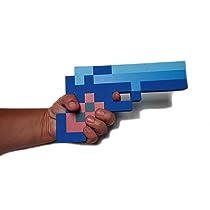 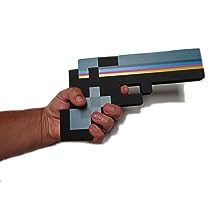 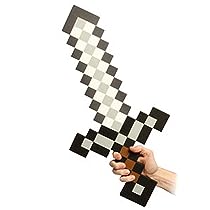 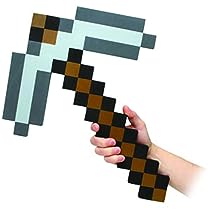